I still love Rihanna .. -Chris Brown finally reveals the cause of their infamous 2009 fight . .

Chris Brown has finally opened up about the night he assaulted ex-girlfriend Rihanna in 2009. 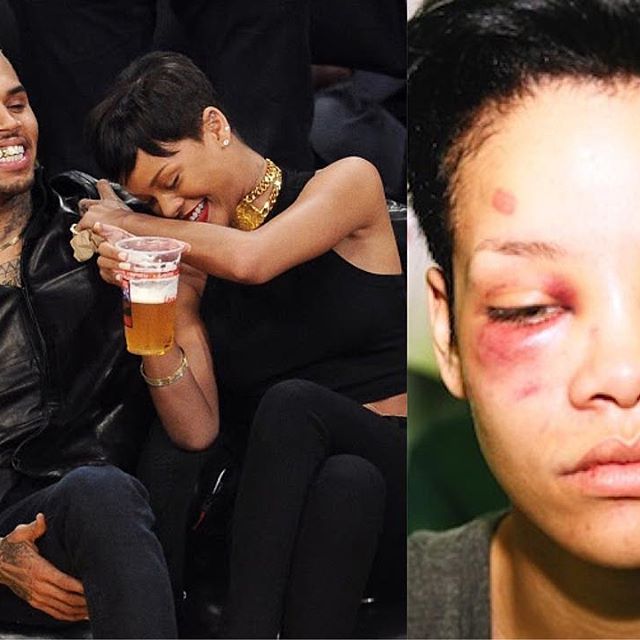 The 28-year-old spoke about the incident in a new clip for his documentary, Chris Brown: Welcome To My Life. He revealed the reason for their epic fight was because he came clean about his sexual past with a woman who once worked for him, even though he had previously told Rihanna they had never been romantically involved. But Chris claims the confession is what made their relationship turn violent - and he says both parties dealt blows.

She hated me.' he said. ' After that, I tried everything. She didn't care, she just didn't trust me after that. From there, it just went downhill because it would be fights, it would be verbal fights, physical fights as well. Mutual sides, it is the first time I get to say anything.' 'I still love Rihanna, but I'm just going, to be honest - we would fight each other, she would hit me, I would hit her, but it never was OK. It was always a point to where we talk about it like, "What the f**k are we doing?'If I go on stage, I got a scratch on my face, and I've got to explain it, like "Oh I fell", or if you got a scar or a bruise, you got to put makeup on... . 'Sh*t, I'm not ever trying to put my hands on any female,' he said. 'I felt like a f**king monster,'

The infamous night started after the woman Chris confessed about appeared at a Clive Davis party, where both he and Rihanna were attending. He says he had asked the woman prior to the party to stop going to places he would be at. 'That changed my life,' he said as he looked back at the night. 'I made sure the person I was involved with before, I said hey, you can't come around to these places. And the person comes in, comes right to the table and says, "Hey what's up Y'all." And I already know it's an issue, so I say "Hey cool" and I keep it moving. I look over at Rihanna and she's bawling, she's crying.' Though things lightened up for the couple - Chris says they had a few drinks that night too - and later he offered her his cell phone for proof ...
Posted by cocowondersblog.com on August 16, 2017