Here are the 10 Most Important Points to Remember for Every Ambazonian (updated Aug 8th): 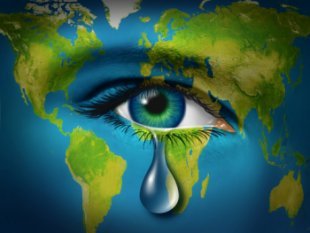 1. Only united among our own rows we can defeat our common enemy, which is our annexor, occupant and neo-colonialist exploiter, the puppet regime of illegitimate dictator Paul Biya backed up by puppet-holder France and its XAF = CFA currency system printed in the Bank of the Central African States, BEAC, and enslaved in the Economic and Monetative Community of Central Africa, CEMAC, whose member states had to pay most of their reserves into the French National Bank”s Treasury in Paris.

The new French President Macron may drop Mr. Biya soon and the industry in France may try an appeasement politics from Yaounde towards “Anglophones in West Cameroon” which gives some “Anglo-Chiefs” little peanut gifts of self-governance but is still keeping the octopus grip on Ambazonias resources. Therefore all patriotic Amba Men & Woman must do everything to depower those chiefs among the own rows who are corrupted by Yaounde or Paris.


2. With an enemy, which exploited, marginalized and maltreated us for decades, there is no begging, petitioning, negotiating or federalizing. Only a clear cut with these puppets and crooks in power in Yaounde, Paris & Geneva can solve problems. Only full independence from our rapist La “Republique” du Cameroun can save our health.
We say the final good-bye to LRC and Françafrique! There is no way back! Foreward ever backward never! Pseudo-leaders who still advocate Federation with La Dictature du Cameroun have to retire!

We are not united with Federalists! We are proud Amba(zonian) Man & Women, not the “southern” appendix of our occupant! We don’t want to restore anything French or British anymore! We are not “Cameroonians” anymore since that is a colonialist’s name, which means “crabs” in Portuguese!

3. To claim a) the unconditional release of all political prisoners, b) the restoration of our statehood, and c) the withdrawal of all occupants from our Ambazonian territory is non-negotiable. Every Ambazonian and former “Southern Cameroonian” must stop school resumption and fight for full independence now. All collaborators with LRC must face serious consequences.

CPDM is a terrorist organization and all governmental offices, facilities or money sources of our occupant on our territory will be made inaccessible for him. And we don’t only claim, we take back.

We are an independent people of Ambazonians and act independently and take everything we need for exercising our already God-given independence. We name ourselves and our state independently as we want, by referendum of our people or by decree of our own leaders. Our people are not Cameroonians. We have not restored British Southern Cameroonians either. We are our own, independent state, nation and people.
We are Ambazonians, Ambalanders, an Amba Nation, a Federation of Amba tribes, with Ambazonian law and Amba currency. Our own leaders and peoples decide what is good for us, not foreign ones. We add value to the Africa and the world, not only because we are one of the oil-richest areas of the world, but because we don’t rob the world like colonizers, we build up, we live in cultures, we are harmony and peace. We are forward oriented, not backwardians. We are millions of human potentials! We are the future! We will build our embassies around the world, whether French Cameroun likes it or not!

All Ambazonians will tell the truth about Ambazonian = SC’s history and identity to any journalist, politician, and organization in the world methodically, periodically, persistently until the present narrative that the “Anglophones in the west of Cameroon” would be a “problem” has disappeared. We are not a problem, we are the solution! We are the solution to the arch problem which is French neocolonialism in Africa.

Because we are a role model of liberation from the French rule and from monetary and political enslavement. We are the solution because we stand for the New Africa, which promotes democracy, higher education, and fair business. 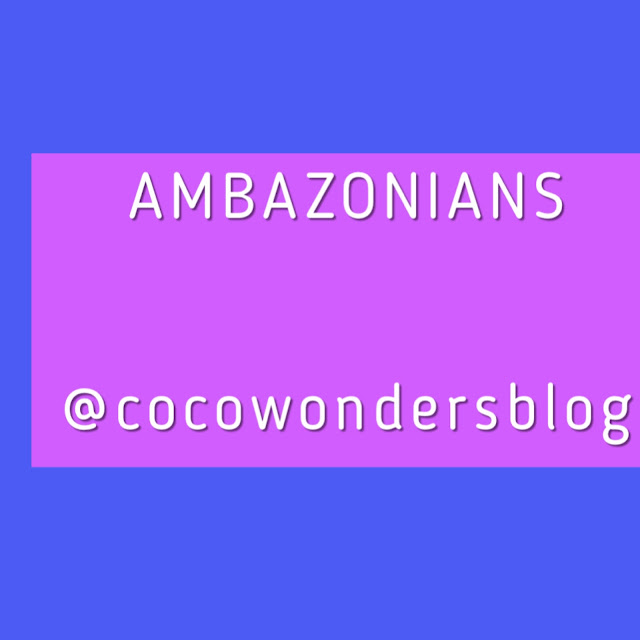 6. The core of the problem with Cameroon is that its dictatorial government has sold itself to foreign neo-colonizers who steal the profits from the resources of Ambazonia into foreign accounts and do not reinvest these profits into Ambazonia. The whole thing is not a Francophone/Anglophone problem. It is a problem of robbing and stealing done by the French etc. and their puppet regimes in Africa. Franco-Cameroonian dictators have robbed about 100 billion dollars from Ambazonia since 1961. And all Ambazonians will claim that back and tell the truth to the world consistently now until the world gets it.

Additionally, Ambazonia will continuously demonstrate and lobby for a great uprise of the whole NEW AFRICA against the French rule, corruption, and exploitation in their homelands. Not only France needs a Second French Revolution, all neo-colonizers and monetary enslavers need to process the revolution to end robbing other peoples! Ambazonia will be a leader in this and put power behind its words. Each Amba man & woman in the homeland will get a task which supports the resistance guerilla against illegal occupation until strong Ambazonia Defense Forces have fully reconquered the own territory, chased out the occupant and hoisted the own flag on all governmental buildings. When the Vietnamese could defeat America out of the bush, the Ambas can defeat France out of the bush a hundred times. The Amba warriors know their terrain much better than the French.

On top of that all soldiers of the enemy will get to know that if they fire one single shot on our innocent, peace-loving, marching people, full international media coverage will prove to the world that Biya is the terrorist, not us. It is a scandal, that the world did not put this illegitimate criminal, notorious embezzler-in-chief, and torturer of political prisoners behind bars!

7. Disengagement in all political and economic spheres of our occupant and self-defense from human rights violations are fully legal according to UN Article 51. But the defeat and chase out of occupants can only be started after SCACUF has achieved to successfully teach the international media that the

Ambazonian freedom fighters are not what Yaounde’s CRTV says but the Biya regime is the terrorist, because his ruthless, occupying troops are the violators of international law and the torturers because Biya misuses the weapons which were supposed to be used for the fight against Boko Haram now in a fight against a peaceful, mainly Christian people, called Ambazonians, who only want democracy, fairness, and development. Especially Amnesty International needs to be taught and then teaching the world that Biya is misusing his powers not only torturing Boko Haram terrorists but also torturing peaceful Ambazonian protestors for democracy!

So, since the international powers for democracy are so reluctant to help us against dictatorship, Ambazonia will not tell the occupant when its defense and guerilla forces will chase him out. The forceful resistance against violent occupation is growing steadily. Ambazonia is fighting diplomatically and militarily out from a position of strength. Ambazonia is printing enough Amba bills to finance a strong own army itself. Ambazonia is rich enough for that. The illegal occupant from Yaounde better leave now or they will be completely destroyed and Biya fried on a roaster. Gradually the world learns that we are on the right side of history. But the International Crisis Groups

Report on Cameroon still must learn that dictator Biya will do bring what they hope. The US must stop to send weapon help to Gabon and Cameroon and to have only the oil of both countries in mind. Biya’s international delegations and French goods must be boycotted. It needs much more than just no school resumption, it needs sabotage of the occupant’s supplies, weapons, means, tools in all possible ways and the prevention that the French censored media is painting us as the terrorists.

8. Sufficient finance, equipment, and training of the own army, which will hold all own territory against all potential enemies forever, comes from supportive powers which oppose Camerounese-French mismanagement and which know very well that Ambazonia needs to give only a small percentage of its resources to finance sufficient self-defense. Parallel, the new, democratically elected government of Ambazonia will swear an oath to the new Constitution of the Federal Republic of

Ambazonia (former SC), which has strictest anti-corruption-laws of the world and sets much higher standards of law than any French type constitution. The Ambas have learned that there is no magician supreme “Pa” who is doing all the job for them. They have learned to unite in teamwork and they put a team of the most competent and humble ones into power, not chiefs of entitlement or dictatorship anymore.
They have learned that it is all about new rules and how new leaders obey to new, democratic rules which also have the strictest money controlling system in place in which nobody can steal public money away anymore. Also, foreign corporations will not be allowed to possess and control Ambazonian land or resources anymore.
According to the United Nations Convention on the Law of the Sea, UNLOS, everything in and under the sea up to 200 nautic miles offshore belongs to the state who has this shore. Ambazonia can sue Cameroun for the robbery of all resources from the sea before the International Tribunal for the Law of the Sea in Hamburg, Germany, on the basis of the UN’s recognition of SC’s sovereignty in 1961. And even if any tribunal in Europe would vote in favor of France, Ambazonia belongs to the Ambazonians. Africa belongs to the Africans. Period.

9. Ambazonian citizens started to register as a citizen of Ambazonia online at www.scacuf.org and will contribute each at least 10% of their wealth to the further liberation and modernization of Ambazonia. Better 90% left than 100% dead under the rule of the illegal French occupant.

Those who refuse to give taxes to Ambazonia will feel disadvantages or dispossessions later. Big donors, on the other hand, will enjoy reduced taxes or honors later. SCACUF’s Department of Defense, DoD, and AGC will take the taxes coercively if not given out of good will and patriotism. Ambazonia will be made ungovernable for LRC and its taxmen.

The time is now and those who don’t see the signals of history in time and that the NEW AFRICA is not only willing but ABLE to self-govern without any neocolonialist octopus, those will be soon forgotten. The Ambazonian emancipation quest from all neocolonialist rule and exploitation of the 21st century will grow into an orcane of many Million Man Marches, MMMs, supported by effective guerilla, which will host back African flags on African government buildings!

10. After Ambazonia has fully liberated itself and regained full control over all its territory and resources, it will also start to help the Camerounese east of the Mungo river as well to get rid of the incompetent, senile Biya regime and Françafrique’s system of corruption, exploitation, and neo-colonialism. After both sovereign countries, Ambazonia and Cameroun ( = Sanagia?) have got a completely new constitution and a totally different, democratic government, both may form a Confederation if both peoples would agree in two separate referenda. If Ambazonians vote against Confederacy there won”t be a Confederacy.

Ambazonians are sovereign since ancient times and they will stay sovereign. We don’t restore something British. We restore our independent statehood and sovereignty which was granted by the UN since 1961. And the restoration is not the finishing line but the starting line from which all our own politicians and people have to follow a new Constitution, which will effectively forbid embezzlement, dictatorship, foreign occupation or exploitation, and carelessness about infrastructure.

With the new Constitution of the Federal Republic of Ambazonia, our homeland will boom like never before and prove to the world once again that we are the pearl of Africa and a place of hope for the whole world!