On August 11, the owner and director of nursing of a Houston home health agency was sentenced to 75 years in prison for her role in a $13 million Medicare fraud scheme. 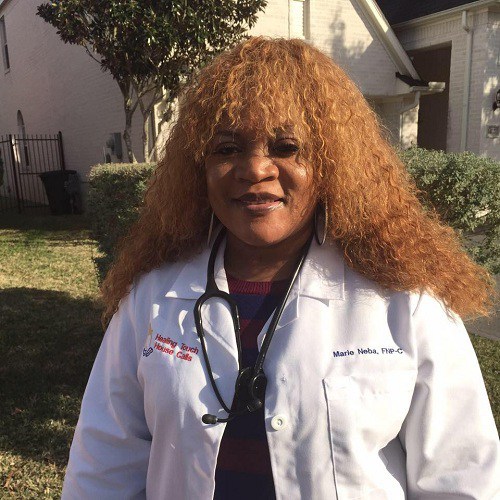 
According to the evidence presented at trial, from February 2006 through June 2015, Neba and others conspired to defraud Medicare by submitting over $10 million in false and fraudulent claims for home health services to Medicare through Fiango Home Healthcare Inc., owned by Neba and her husband, Ebong Tilong, 53, also of Sugarland, Texas.

Neba falsified medical records to make it appear as though the Medicare beneficiaries qualified for and received home health services. Neba also attempted to suborn perjury from a co-defendant in the federal courthouse, the evidence showed. According to the evidence presented at trial, from February 2006 to June 2015, Neba received more than $13 million from Medicare for home health services that were not medically necessary or not provided to Medicare beneficiaries.
To date, four others have pleaded guilty based on their roles in the fraudulent scheme at Fiango. Nirmal Mazumdar, M.D., the former medical director of Fiango, pleaded guilty to a scheme to commit health care fraud for his role at Fiango. Daisy Carter and Connie Ray Island, two patient recruiters for Fiango, pleaded guilty to conspiracy to commit health care fraud for their roles at Fiango. On August 11, Island was sentenced to 33 months in prison.
Mazumdar and Carter are awaiting sentencing. After the first week of trial, Tilong pleaded guilty to one count of conspiracy to commit health care fraud, three counts of health care fraud, one count of conspiracy to pay and receive health care kickbacks, three counts of payment and receipt of health care kickbacks, and one count of conspiracy to launder monetary instruments.

Tilong is scheduled to be sentenced on October 13. The case was investigated by the IRS-CI, FBI, and HHS-OIG under the supervision of the Fraud Section of the Justice Department’s Criminal Division and the U.S. Attorney’s Office for the Southern District of Texas. The case is being prosecuted by Trial Attorney William S.W. Chang and Senior Trial Attorney Jonathan T. Baum of the Fraud Section.