Syndy Emade puts her killer curves on full display in a new revealing photo as she welcomes the month of August. The famous actress and film producer completely ditched her clothes for a more revealing or skin-baring shoot as she shared her first day of August with her fans. 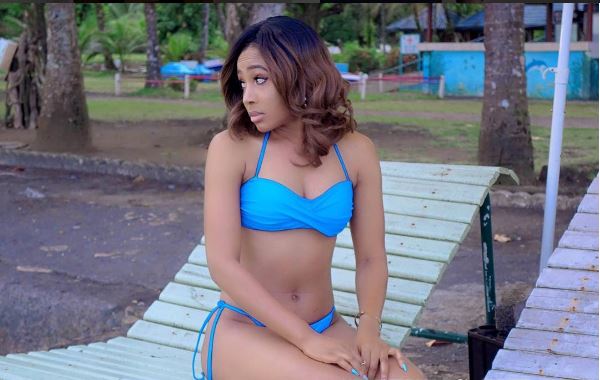 Syndy Emade flaunts killer body in PVC Bikini Emade’s Instagram post leaves little or nothing to the imagination, as the star can be seen wearing a super sexy two piece bikini. Clinging to her curves, the risqué outfit ensured the actress’ sizable assets were on full display. 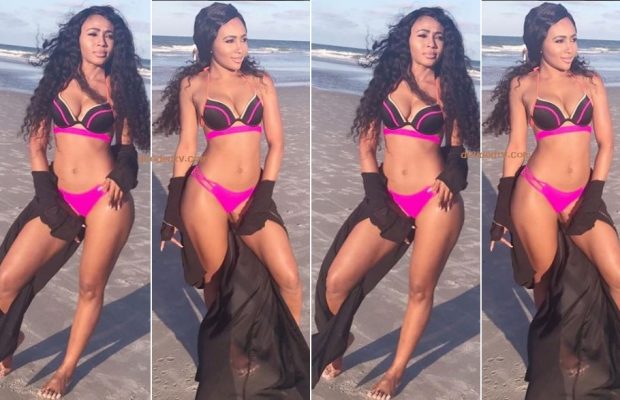 In the picture collage, Emade poses by the sea side as she allows her dark curly locks follow the gentle wind. She captioned the postcard-worthy moment: “Hello August, #happynewmonth” followed by a star and double heart emojis. 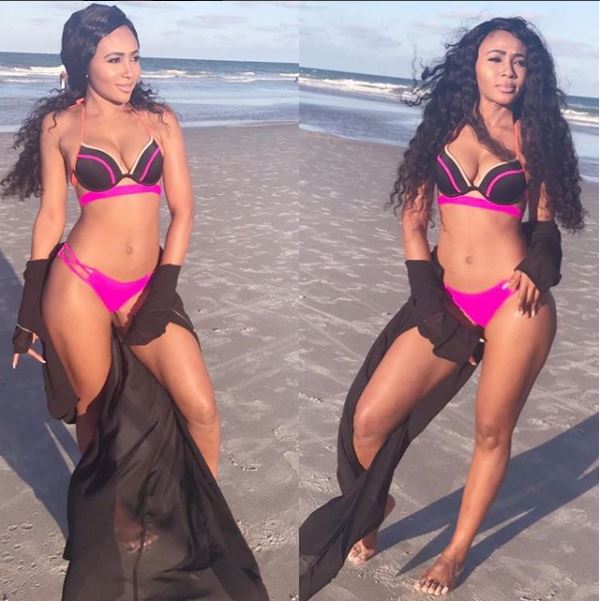 This is not the first time, the actress is stripping her clothes for Instagram. Back in April, Syndy was not shy about showing off her assets in a sparkling blue bikini; while on a set of a movie in the City of Friendship, Limbe.

Looks like Miss Syndy loves showing off some skin… especially around the beach!

my wonders, what do you think of Syndy Emade’s latest bikini pictures?