Call out !!.. IG user (female) calls out another Ig User (male) for allegedly trying to sexually molest her. 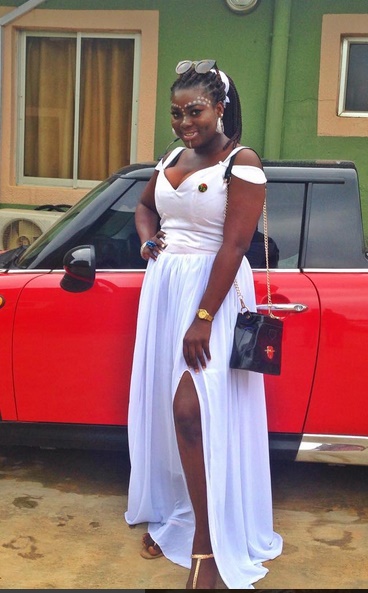 A Nigerian Instagram user, @elle.daddy (Ayinke), has called out one Chimaroke Ekwueme for allegedly assaulting her sexually!
According to the proud 'semi nudist', she met him on Instagram and they planned to go on a date only for him to try to finger her!
Sharing his photos, she wrote: 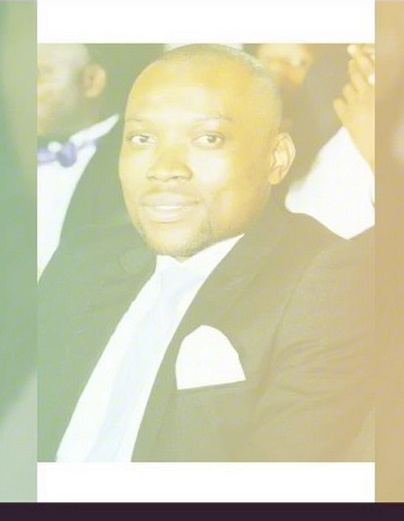 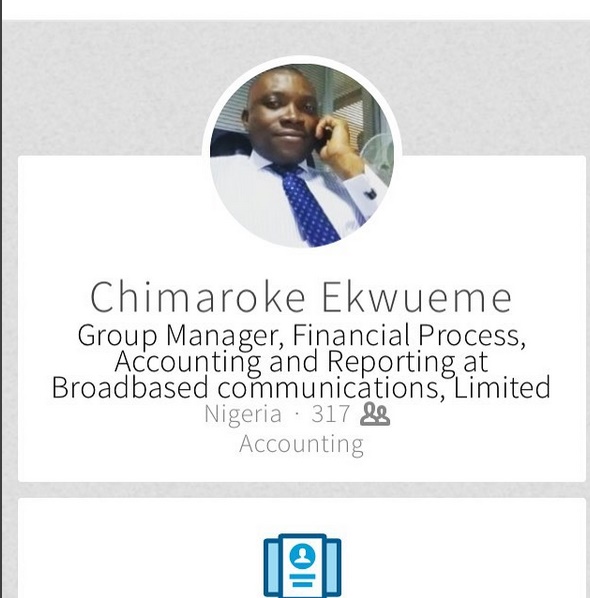 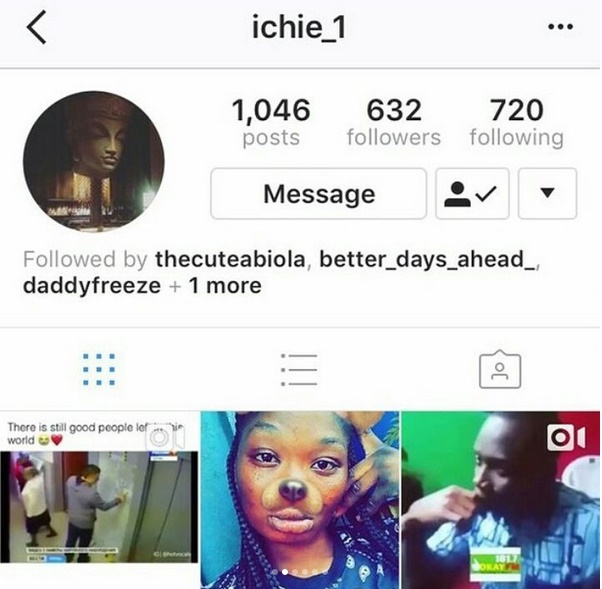 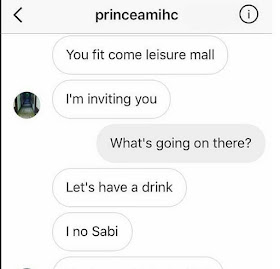 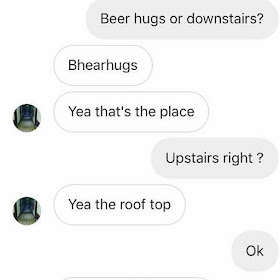 ·  LADIES!! BEWARE OF CHIMAROKE EKWUEME!! AKA @pricamihc on IG.

Before that fateful evening's event which I will narrate to you, this guy was one of the people whose opinions on social media, aligns with sensible public opinion especially on Religion, sexual harassment and rape culture.
On that day, we were in solidarity on @instablog9ja comment section on the issue of the pedophile who followed a ten year old Into the female toilet at Domino's pizza, remember that post? He strongly condemned the act of pedophilia, rape, sexual assault and sexual harassment. And men must establish consent in and sexual situation. As he normally does.
In the DM we continued our conversation on this topic and he asked me out to talk over drinks, which I accepted cos he stays not far from me and the venue was an open place and had the perfect ambience to engage in some cerebral conversations.

I met him at the venue and we greeted, I ordered a Long Island and he had a bottle of beer. We settled down and immediately got to chatting. I discovered that during the course of our conversations, he subtly kept deviating from topics and eventually discontinuing them , I noticed he was panning out of things to say really quick. I thought maybe it's just a case of people who find it difficult to express themselves orally and would rather write things down, because the impression he gives on social media is that of an open minded, Intellectual.
After a short while, he suggested we leave where we were and go to a club which i refused , I told him this was just supposed to be a quick chat and not a full blown night of rowdy fun and that was what I came out for. Moreover how are we supposed to hold a conversation in a club where music would be blaring? , he agreed and said OK, barely 2 minutes later, he suggested we went to another place and I said no, then he started acting uncomfortable and said he just wanted to leave where we were and I said okay then, you leave and I'll head back to my house as initially planned. He said no he was enjoying our conversation but he just wanted us to move to another place. So I said okay, but i don't want Loud music and all. CNTD 👇👇👇
·  He then suggested a lounge on the road that leads to banana island gate, which was perfect by me cos my plan was once I was done with him, I would head to Lekki and see my boyfriend.

Then came the time to pay, he started having issues with his POS, he said it was network issues. After 3 trials, I offered to pay with my card and split the bill, so he can refund me with half the amount in cash. I paid the bill , we got into his car and drove to an ATM and he returned the full money to me and declined splitting the bill. After that, he started talking carelessly about how the typical Nigerian girl wouldn't have done that, and I told him it wasn't anything big or special as I know plenty girls who would and have done such, cos it's just a matter of common sense and doesn't have anything to do with Nigerian girls . He said no and started talking a whole lot of jargon, and gesticulating so much, that we almost crashed into the sidewalk in Awolowo road.
I told him to just focus on driving and quit talking. After driving recklessly , we arrived at the lounge which wasn't far from banana island gate, the Lounge was almost Empty and it was in a dark corner. We Settled down and I ordered another Long Island and a bowl of pepper soup while he ordered bottle of beer.

My wrist hurt for almost 48 hours after that.

Ladies and gentlemen, that was my experience with this wolf in sheep clothing called CHIMAROKE.
This is the truth, the absolute truth and nothing but the truth.
I am saying this to warn every female in social media, to beware of this guy! First he will align with your opinions, next he will compliment you, then he will invite you for a drink, and go for the jugular!
Only God knows how many people have had this nasty experience with him and were not able to get out like I did.
Pls stay safe in social media girls.
Not everybody is as they seem on social media
Most are pretenders and sexual predators !
Stay safe.
·  elle.daddyHe keeps changing handle his new one is @ ichie_1 he works at BROADBASE COMMUNICATIONS LIMITED as Group manager, financial process, Accounting and reporting. Ladies at his office Pls beware.

She also went further to share screenshots of messages she got from other ladies claiming  he did same thing to them! 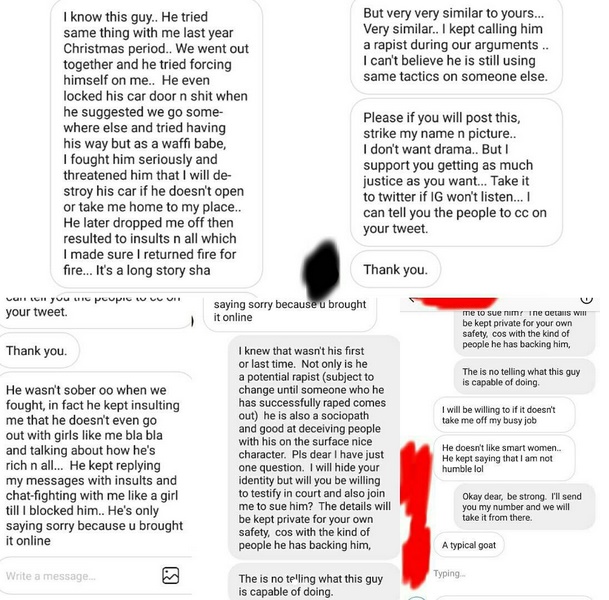 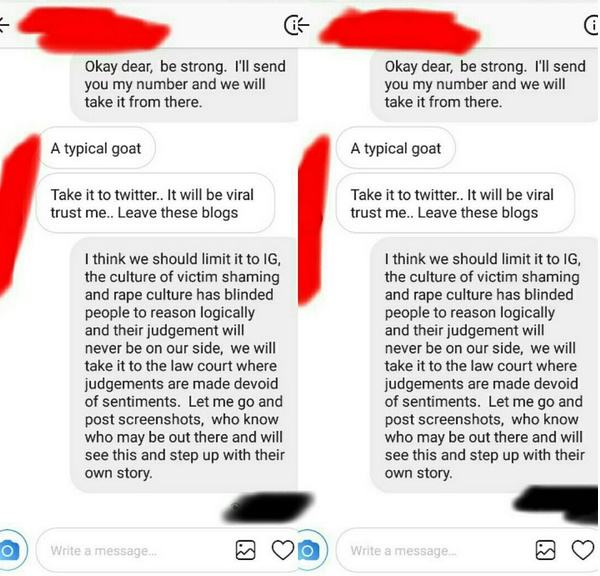 UPDATE ON CHIMAROKE EWUEME! aka Prineamich on IG.
Please please and please!
If you are out there, and you have been attacked by this man, please step forward, we will get justice in this together. It is not business as usual for this pshycopath, sexual offender who scouts for potential victims on social media, befriends them and then use the same tactic to lure them.
Please please and please step forward!
Let us kindly desist from tagging blogs on this, they are part of the people who help these kind of men go free with their acts of inhumanity. 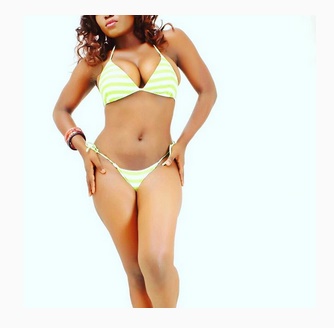