Between Fru Ndi AND Tapang Ivo ...Ivo is a General who can’t load a Gun...


Ni John Fru Ndi, the main Opposition leader of Cameroon was at it again early this week when he addressed Diaspora based activists of the current Anglophone Crisis rocking the North West and South West of the Country. 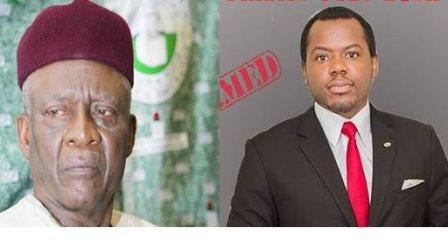 The Ntarinkon based opposition guru referred to Leaders of the Anglophone Crisis based in the Diaspora as Generals who have a blank sheet paper idea of how to load guns.
According to Ni John Fru Ndi, the said leaders of the struggle are merely excited and have no ideas or experiences on how negotiations during the crisis are carried out.

In retaliation, Tapang Ivo Tangku responded to the SDF Chairman on his Facebook page.
This is what he wrote:

“Mr. Fru Ndi, the gun is the social media and not those toys. You live in the old world. We are in a new world” According to Tapang Ivo, the real gun is the Social Media and not the ‘toys’ military men walk with and the very much respected SDF Boss should be able to come to terms with the fact that this is the 21st Century. Best Freedom Song Dedicated to Southern Cameroonians:

Posted by cocowondersblog.com on August 11, 2017