Another Nollywood Actress Comes For Tonto Dikeh...I MADE YOU THE CELEBRITY YOU ARE TODAY...

Nollywood actress, Ada Slim took to Instagram to call out Tonto Dikeh for not telling people she made her the celebrity she is today. She alleged Tonto Dikeh borrowed her car and clothes years ago and hasn't returned them. Here's everything she wrote about Tonto Dikeh today... and called her a Soul Sister... 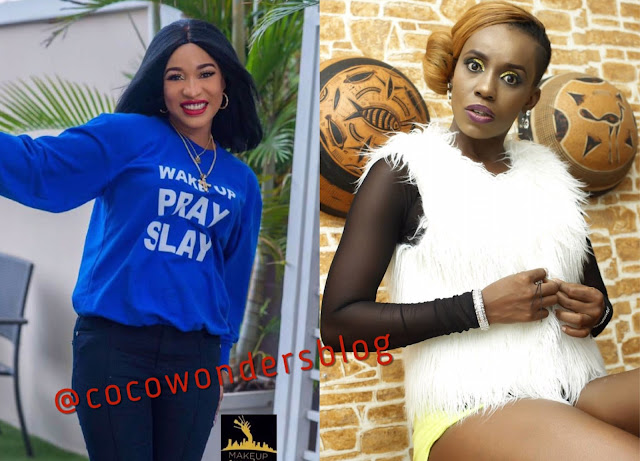 Hey, Sis, you lied on my head again. I have been quiet for 10yrs now you know. U said I 've been broke since my dad passed away, am no daddy's girl, I've always worked for my cash since 21.

Listen sis, Before you speak in tongues & talk of repentance, why don't you start repenting with those who loved you but you blackmailed. From PH to 042 My dream was to make your dream come true.

I produced d 1st film u ever acted in the history of ur Nollywood career was "Secret Pains" followed by my 2nd film IRREPLACEABLE, ur 1st car ever was my car (borrowed) I introduced you to all the "Who is Who in Nollywood" e.g Amaco films, Mama G (starring in her music video) & ace Director Tchidi Chikere. 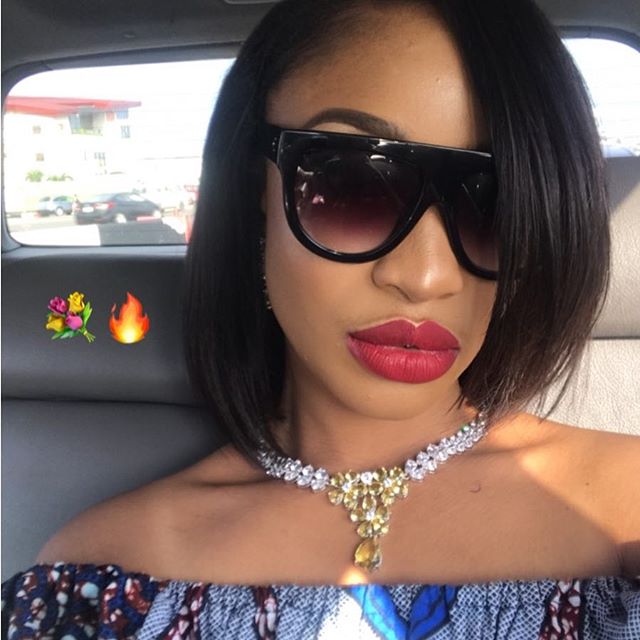 I took the bullet for you & believed in you, should we ask witnesses like Desmond Elliot, Nkiru Sylvanus, Dauda & more celebs who know our story. I told you someday you'll make it big in Nollywood, I believed in u, even when u had doubts in urself. Yes, you finally made it but you lied to the whole world that I am "one of ur fans" ....for real? Throwback pics don't lie....should I release some?

You never returned my car nor even paid back all the cash you borrowed from me nor my clothes, till date. I told God to take care of you that I will never raise the issue with the press cos " I didn't wanna destroy something I helped build"

Hey, sis, I have forgiven you...long since...but you know....KARMA doesn't forgive easily. They ask you ur first film and u say it was produced by " a friend" thank God am not also tagged "a yahoo friend" you even told Iffy Okeke that my name sounds familiar...for real? I quit because of the pains & loss you caused me (N2m loss in one film, u know the details)

I went bankrupt, you never even looked out for me for the 5yrs I was in exile in Newyork.
10yrs later....here we are. Am back better & stronger? I still love you sis, stop keeping a distance from me, above all, tell the world the truth of how much prize I paid, for you to be this celebricious Nollywood sweetheart u are today.

Pls let's meet and hold hands like the soul sisters we used to be and God will hear us, you will be fine in no time cos something is def wrong. A concerned soul sis. 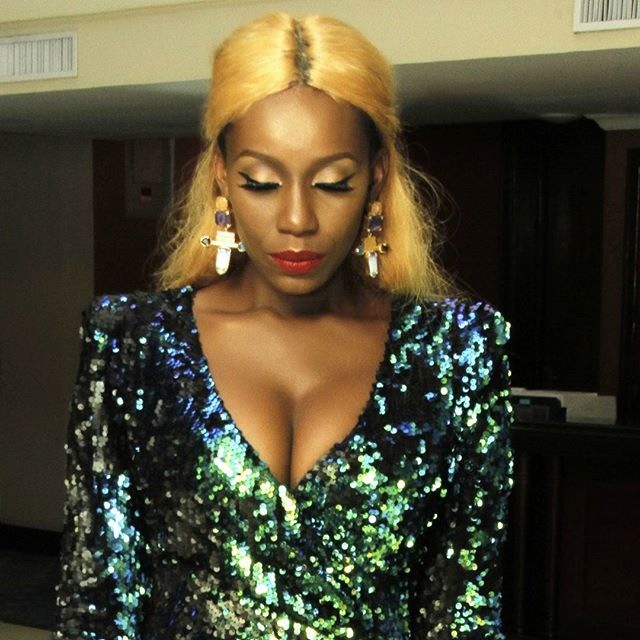 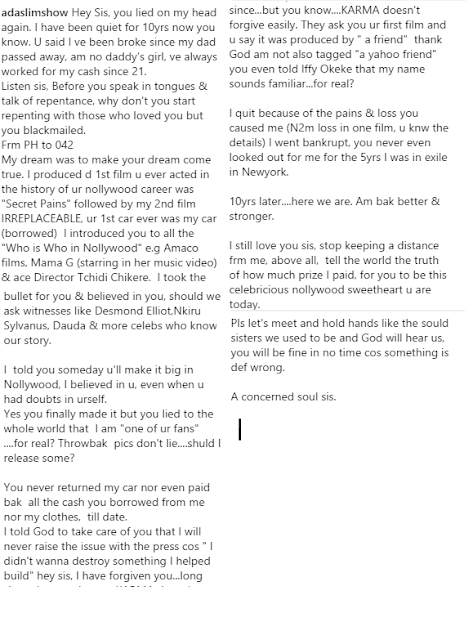 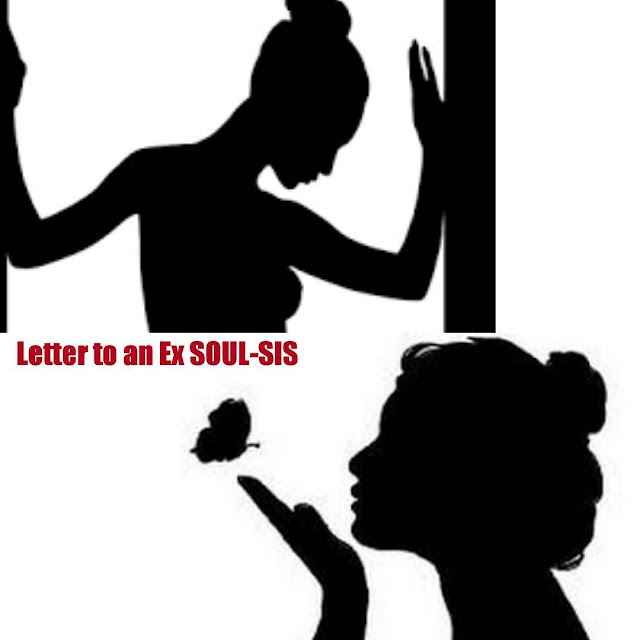 You Remember the video of Actress Tonto Dikeh Speaking in Tongues Right? VIDEO BELOW

#PLS SWIPE LEFT# Just imagine the POWER that would be incubated in words reeling out of the mouth of the uncreated creator! The very one who spoke you into existence and whose hands shaped your destiny! And so in every circumstance, I just want to know what God said, because the opinion of Man is only a weapon to fight your faith! They will tell you why you won't get the job. They will tell you how hard it is as a single mother to ever find a good Man.. They will say waiting on God is a waste of time They'll suggest you don't have what it takes.. They will show you how else it can't be done.. They will have facts... They will point to test results.. They will quote statistics..They will confuse you..Some will condemn you... Why do you even think God will do it they'll ask.. Because, he is not a Man that he should lie. Because his covenant will He not break nor alter that which has gone out of his mouth. Because His thoughts towards you are thoughts of good, to give you an expected end. And because of this we know that All Things... Again I say all things work together for our good! So if he said it, he will make it good and if he spoke he will bring it to pass..for in all these things we are more than Conquerors! LET GO AND LET GOD.. TRUST HIM ENOUGH... When the holyspirit takes Over you,HE CAUSES EVERY AREA OF YOUR LIFE TO GLOW/EXCEL.. Cc @pascalamanfo #KINGTONTO #MAMAKING #RADICAL4JESUS 🔥🔥🔥
A post shared by Tonto•Charity•Dikeh (@tontolet) on Jul 29, 2017 at 10:34pm PDT


Well, Tonto Dikeh responded to Ada Slim and here's what she wrote: 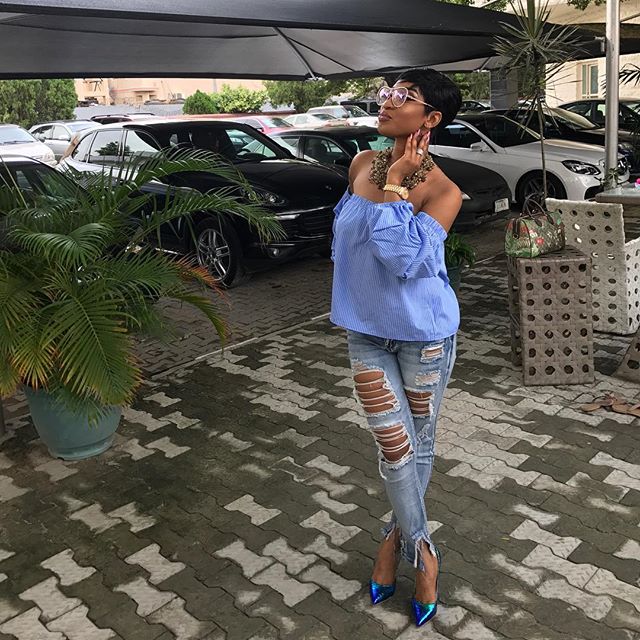 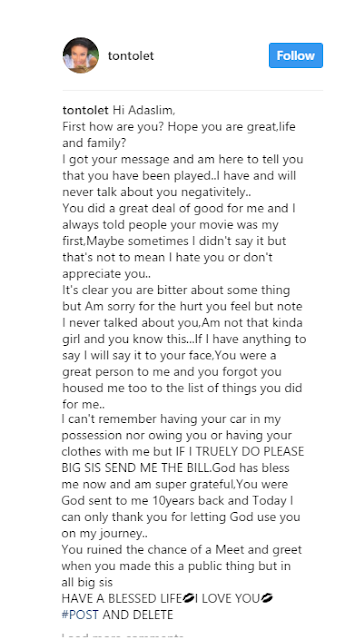 coco's note:
This is life -  Happens Everyday...Success comes with its thorns and snares

Posted by cocowondersblog.com on August 02, 2017