True love or ??? Teenager threatens to end his life of his marriage to 71 year old woman is stopped

A 16-year-old teenager, Selamat Riayadi, has married a 71-year old widow named only as Rohaya, after threatening to commit suicide if his family blocked the marriage. 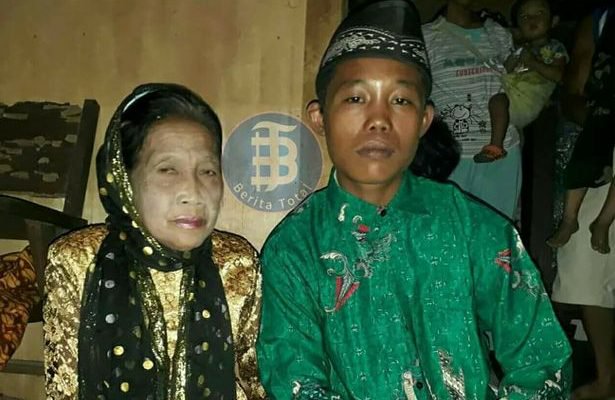 The wedding, which took place in their home village of Karangendah in Indonesia, was officiated by their community leader named Kuswoyo and witnessed by many guests who screamed and cheered in celebration.


DAILY MAIL reports that Kuswoyo and the groom’s brother gave their permission for the couple to wed despite their 55 year age gap.

The marriage is not believed to be motivated by money, as both newlyweds are equally poor.


A video of the wedding ceremony shows the young groom put his face in his hands as the union is proclaimed, his expression unreadable.

His new wife sits quietly beside him as the wedding guests go wild with delight.

In Indonesia, men must be at least 19 before they get married, but a loophole in the law allows for marriage under an individual’s ‘religious norms’.

They reportedly formed a ‘nikah siri’ marriage according to Islamic laws but not the state laws.

Original report by dailymail.
Posted by Unknown on July 05, 2017