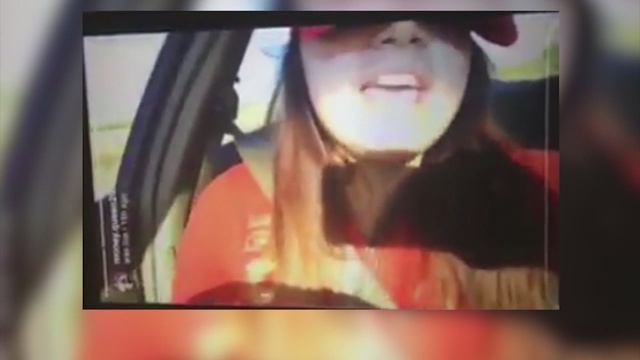 Obdulia Sanchez, 18, is seen rapping to the music while recording herself on Instagram Live while driving. Deputies said, in the backseat seat of her vehicle were two 14-year-old girls without seat belts. Moments later the recording becomes blurry as deputies said Sanchez rolled the car off the road and crashed.

Although an interruption appears in the live stream it seems to pick up again where Sanchez is heard saying, “I f***in killed my sister, ok? I know I’m going to jail for life, alright?” The video is disturbing and an extreme case, but Doug Shupe with AAA said it’s part of an alarming trend among teen drivers.

“Unfortunately we are seeing more and more of these types of tragedies occurring,” Shupe said. “People are using social media posting photos and videos while they’re actually driving.” Shupe said, as social media apps allow for longer recordings, distracted driving becomes more dangerous. “Instagram, for example, you can post a video for up to 60 seconds and research by the AAA Foundation for Traffic Safety has found that taking your eyes off the road for just two seconds doubles your chances of being involved in a crash,” he said. The Merced County Sheriff’s

The Department arrested 18-year-old Sanchez after Friday’s crash near Los Banos. Deputies believe the teen was also under the influence. Psychiatrist, Dr. Charles Sophy, said the affect’s of alcohol on a teen brain could explain her bizarre behavior. “She’s not really thinking through anything,” Sophy said. “She’s obviously not even gotten the magnitude of what just happened.” Sophy said it’s a scary part of a new generation, documenting everything to garner popularity, no matter the consequences. “They don’t really think about the overall outcome of posting something,” he said.