Putin expels 755 diplomats in response to US sanctions...


Russian President Vladimir Putin said Sunday that 755 U.S. diplomats will be expelled from Russia by Sept. 1, according to an interview on Russian television. 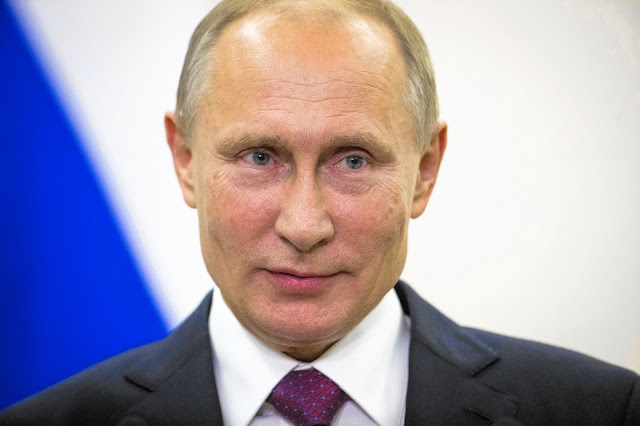 The expulsions had been announced Friday in response to a new law passed in Congress that expanded sanctions, but Sunday's statement was the first time a large number of Americans were confirmed as involved. It was "a regrettable and uncalled for the act," a State Department official told

The Associated Press. Earlier, a State Department official told Fox News, "It is our policy to not comment on the number of individuals serving at our missions abroad." RELATED STORIES Russia orders cut in US diplomats in reaction to sanctions external-ct Putin blasts US sanctions, offers Comey 'asylum' during call-in show external-ct GOP, Dems agree on sweeping sanctions bill -- including provision Trump opposed external-ct Russia's Foreign Ministry said it is ordering the U.S. Embassy to reduce the number of the embassy and consular employees in the country to 455.

He also said that Russia could consider other options in response to the U.S., but that he hoped it would not come down to that. Putin noted the recent creation of a de-escalation zone in southern Syria as one example of how the countries have worked together. However, in terms of general relations, Putin said: "We have waited long enough, hoping that the situation would perhaps change for the better. But it seems that even if the situation is changing, it's not for anytime soon."

The Associated Press contributed to this report.
Posted by cocowondersblog.com on July 30, 2017