Mugabe is in the news again - FOR SLEEPING PUBLICLY...

As President Robert Mugabe's wife, Grace dragged presidential spokesperson George Charamba before a stunned Zanu PF crowd and a television audience Saturday, her husband, missed it because he was dozing off. 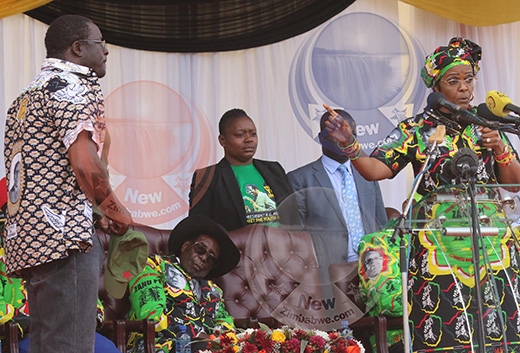 Grace was shouting at the information minister's permanent secretary down for allegedly influencing the State media to ignore her philanthropic work while reserving good coverage for others.

Charamba has previously said President Mugabe's apparent sleepy postures would, in fact, be an attempt by his boss to avoid direct light onto his tired eyes.

But Saturday was one of the chilliest days of the current winter period with neither sunlight nor artificial light at the time to pin the blame on. New Zimbabwe
Posted by cocowondersblog.com on July 31, 2017