Humble Smith - I never had sex until I got to Lagos...

Humblesmith is the young man who became a star after releasing monster hits such as Osinachi, Jekuwese, and latest trending song, Focus. 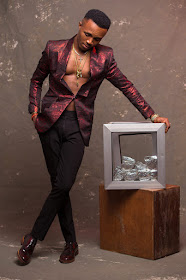 In an interview with Broadway TV, the Ebonyi State-born star said he has had romantic propositions from men and he never had s3x until he got to Lagos.