Horrible Father... caught on video strangling his own son.. 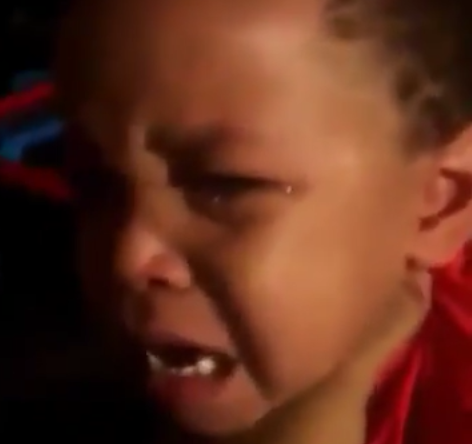 What is wrong with some people? A mother has shocked people by sharing a very heartbreaking video of her toddler getting choked by his daddy, while the baby cried pitifully.

Brooklyn Powell took to Facebook on July 7 to share photos and a now viral video of her son  being choked by his father, Myles Martin.


She said she wanted her son to have a relationship with his daddy even though they are no longer together, so she sent him to be with his father who is states away only for her to get a video from the baby daddy's girlfriend and when she opened it, she saw Myles choking his son. 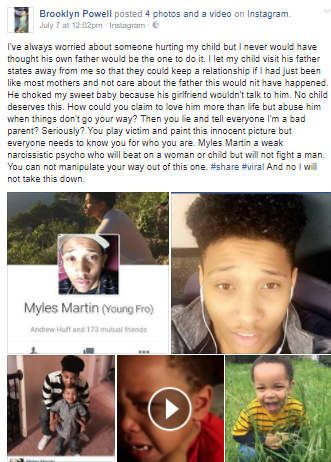 She said he was angry that his girlfriend will not speak to him so he took out the anger on the little boy. In a separate post, Brooklyn said Myles girlfriend sent her the video because she was afraid he will hurt the child again. 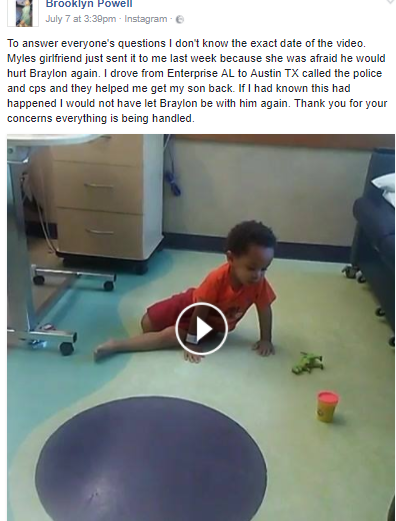 Soon after she saw the horrifying video, Brooklyn who lives in Enterprise, Alabama drove with her brother Tre to  Austin Texas to get her son back. With the help of the police and Child Protective Service, CPS, she was able to get Braylon and he is reportedly now doing well. 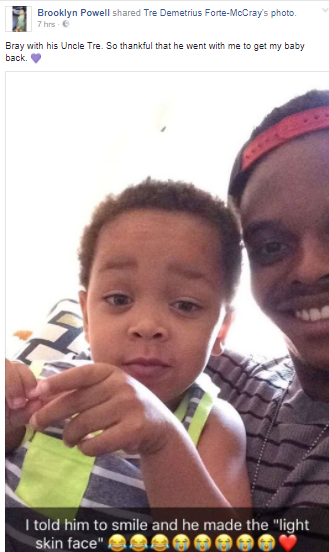 She did not say what was done to the baby's daddy, who is a little bit more than a baby himself. 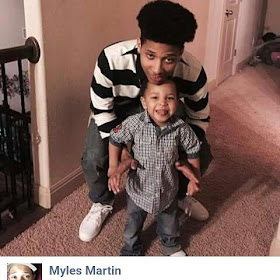 Photos shared of Myles shows that he is really young - probably a teenager or early twenties. Meanwhile, Facebook users have gone ham on the violent baby daddy to the extent that he has had to delete his Facebook account.

See the cringeworthy video below.