Dr. Bethaniel Jefferson, a Houston Dentist Decided To Call A Pastor Instead of A Doctor on a sick child...She's been Indicted... 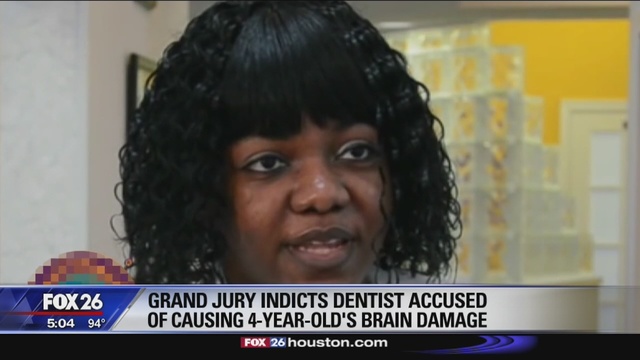 According to court documents on the morning of January 7, 2016, the child was administered sedatives at the dentist’s office, Diamond Dental, at 8:30 A.M. She suffered a seizure around 11:30 A.M., and her body’s oxygen and temperature levels dropped between 50 and 80% of normal, no call for medical assistance was made for over four critical hours.

“As a result, the victim has suffered permanent brain damage and will never lead a normal life.” Prior to the 2016 incident, Jefferson had been reprimanded by the Texas Dental Board in 2012 and 2005.

In November 2016 the Texas Dental Board revoked Dr. Jefferson’s license.

“This indictment should send a message to the medical community that they will be held accountable for abandoning their patients in times of crisis. While accidents in the health care industry occur more than everyone would prefer, practitioners must react appropriately and contact higher level medical care providers when they realize their patient is distressed beyond their capabilities,” said Clark.

“Intentionally allowing a patient to wither away for hours after suffering from a seizure and severely depressed oxygen levels is a criminal dereliction of duty owed to the patient.”