Being married is the hardest thing to do - Jada Pinkett -Smith 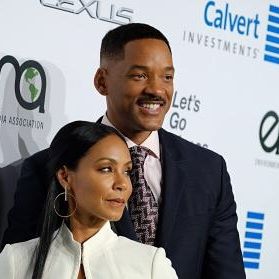 Will and Jada Pinkett Smith have been going strong for years and this year marks their 20th anniversary. But recently there were rumors that they have an open marriage. Although the actress slammed claims that she and her husband are 'swingers', she admits to undergoing couple's therapy to get through rough patches.

"We celebrate twenty this year. I think the secret is just friendship. The hardest thing to do is being married," she said in a recent interview with Loose Women panel that, "Therapy can be an awesome entry point as far as getting to be where you need to go." However, after spending almost two decades together, the mother-of-two claims that they had to deal with their "personal traumas".

"You expect them to fill voids for you but you need to do that separately. Expecting someone else to make you happy is not right," she added.
Posted by cocowondersblog.com on July 28, 2017