Widow banished for having sex on late husband’s bed...


And the Abuse on Igbo Women & Women In Nigeria & Africa Continues... 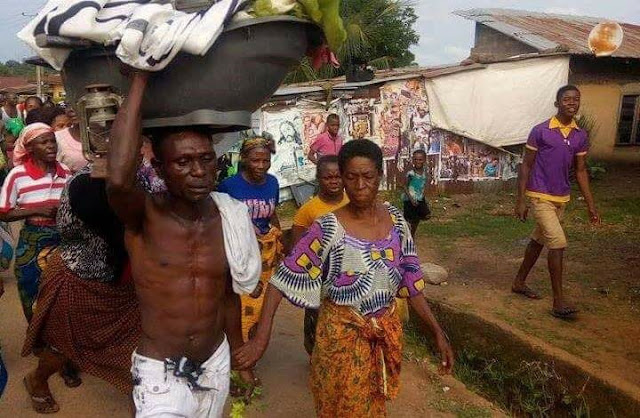 For allegedly having sex with a man on her late husband’s matrimonial bed, a woman has been banished from her community.

The widow Mrs Maria Okoh, it was gathered, was allegedly caught by her granddaughter allegedly having sex with the 30 year old man said to be  her lover at Amaudo Nkpoghoro village, Afikpo North Local Government Area of Ebonyi State.

In Afikpo, it is a considered a taboo for a widow to make love on her late husband matrimonial bed. 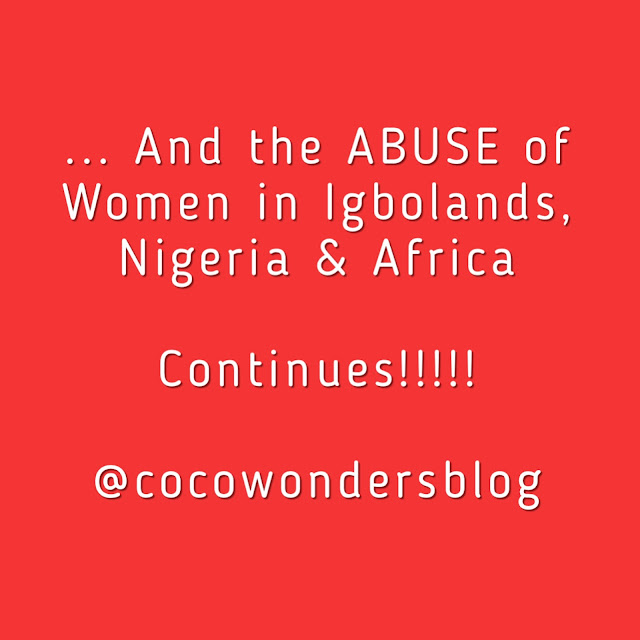 Maria’s  grand daughter was said to have gone to her grandmother’s house to give her some food items which she bought for her when she saw the 30-year-old man making love with the grandmother.

She immediately raise alarm and immediately reported the matter to some members of the community who reported it to elders in the area. 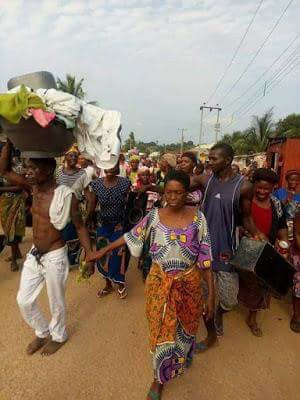 Some of the villagers immediately held the woman and the man and dragged them out of the house chanting disgraceful songs on them.

The villagers paraded the widow and the man round the community while chanting disgraceful songs  as punishment for their act.

The woman was allegedly banished from the community after the parade.

One of the villagers, Egwu Azubuike said  the woman would have faced  greater punishment if her husband was still alive.

He noted  that the act has brought shame to the widow’s family, adding that the widow was among the most respected women in the community
before the incident. 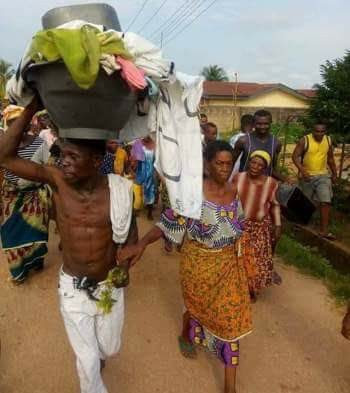 Meanwhile, according to the community’s custom, the woman will give three goats as fine to appease the land before she will be accepted back.

Email ThisBlogThis!Share to TwitterShare to FacebookShare to Pinterest
Labels: Articles, The Bitter Truth