What’s the real deal, girl? Adrienne Bailon kept her answers ambiguous when addressing the recent rumors at an event for Latina magazine on Tuesday, Oct. 6, that she and ex Rob Kardashian are thinking of rekindling their love. 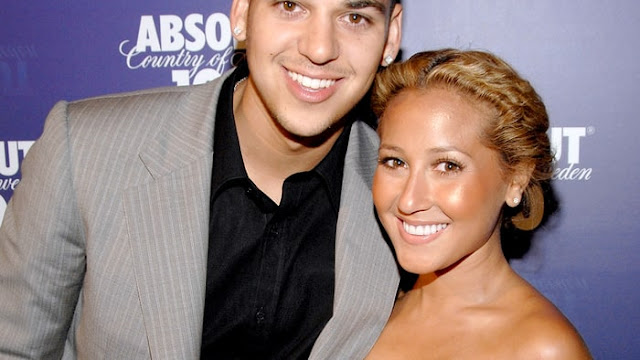 “I think he’s a great guy and I always wish him well, but the rumors are going to go crazy,” The Real co-host told reporters at the West Hollywood fete, adding of fans’ speculation, “it is what it is.”
Bailon, 31, is newly single after calling off her seven-month engagement to longtime boyfriend Roc Nation exec Lenny Santiagoin September, but the former Cheetah Girl doesn’t sound like she’s in any particular rush to be in a relationship.

“I am, of course, sad that things didn’t go as we planned, but we still remain close friends,” she told Us of their decision to break up. “Six years is a long time to be together, but we had to make the decision to go with our hearts and not be embarrassed or afraid of change.

He absolutely helped make me a better person and I will forever cherish the time we shared together.” Bailon and Kardashian, 28, dated for two years, from 2007 to 2009, but their passionate romance fizzled in a very public way, with the talk show co-host feuding with the Arthur George sock designer’s famous sisters on social media after she made disparaging remarks about their family on social media. “To be stuck with that Kardashian label, that was so hurtful to me and to my career,” Bailon told Latina magazine in September 2014. “I probably realized that too late — not that it would’ve affected my decisions in terms of who I dated, but it would’ve affected my decision to appear on [Keeping Up With the Kardashians].” usmagazine.com