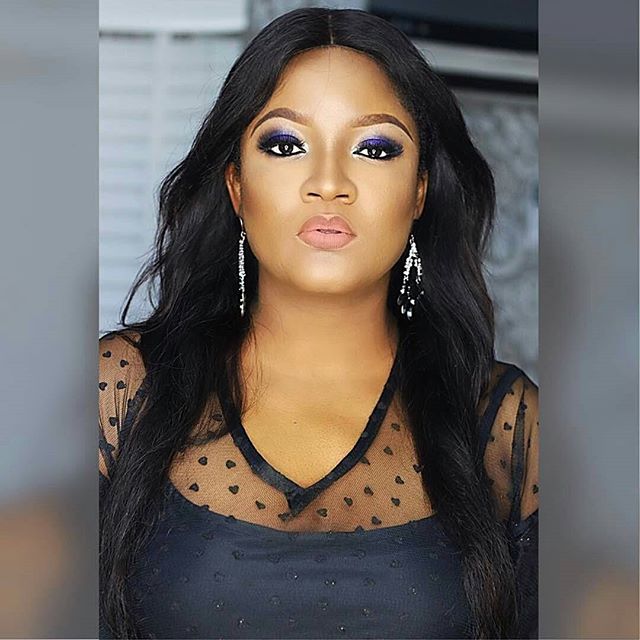 In this exclusive interview with BroadwayTV, transcribed into text by STELLA DIMOKO KORKUS Blog, Omotola speaks about feminism, her marriage, cheating and other interesting aspects of her life As an actress.

How have you been coping in the industry?

I do other businesses asides acting. I'm into estates. I do other businesses that I don't want to go into publicly. I made more money from those businesses than I made from acting. When I first started acting, it was instrumental to me financially because I was coming from a place of nothingness. When I wasn't active in the industry for three years, it didn't affect me financially. Also, I have a partner. The responsibilities do not fall on me alone.

Do you support feminism?

For me, everyone has one thing they support. I am married and I do not expect to do everything.
I can't do everything because I am a "strong woman". I believe in the traditional setting of marriage. It is the responsibility of the husband to take care of the family. As the wife, I do my own bit. I started taking care of my younger ones at the age of 15 so I have been an independent person for a very long time. There are some things I won't ask for before getting them myself.

You bought a property at Mobolaji Bank Anthony. Did it come by chance or you had plans for it?


Not like I really planned for it. I found a property and asked a friend to partner with me because it was too expensive but he bought it for himself. Eventually, I found a smaller property but it was still expensive. I have bought an entire street; 2 buildings from a bank and one more from a brigadier. So basically when I was away from the industry, I was into buying properties.

People say Nollywood actors do not make the kind of money they flaunt. Do you find this insulting?

What a lot of people do not understand is that in this profession, you cannot have just one source of income even though we make a lot of money from acting. If you are smart, you'll delve into other businesses. What being on the industry does is to give you a leverage, favour to succeed in your other businesses.
For example, when I started my property business, it was easy for me because people trust my brand. Unlike ordinary people who have to pitch, talk more and probably attach themselves to a bigger company, all I have to do is mention my name and everything goes smoothly. That's the advantage of having a good brand. All you have to do is find another business that goes with your brand. So when people say actors don't make money, they are missing the mark.

In keeping your marriage, who should be given more credit? You or your husband?

Even though we both do the work of keeping it together, he should be given more credit, to be fair and truthful. Being the famous one, everything falls back on him, the praises and the criticisms. He should be given the credit for holding it together. I praise him for his maturity. We are always asked during interviews how we have been able to keep things together and the truth of the matter is that no relationship is the same. I even suggested that we start a couples' boot camp where we can share our experiences. There's no magic word or sentence that does the trick. We can only share our experiences on how to manage peculiarities. For example, I am the difficult one in my relationship. I have always said it in interviews that I don't think any other man would have married me if I didn't get married to my husband because I know myself. He's mature and confident so he should be given all the credit.


Should people forgive a cheating spouse?

Like I said earlier, every relationship has its peculiarities. When you say cheating spouse, do you mean a repeat offender? When someone cheats once, apologizes and shows signs of being remorseful and changes for good, why not? But when the person is a repeat offender, you need to sit back an access the situation. The problem these days is that people are impatient. You need to access the situation like; is that the only problem in the relationship? Is the person perfect but has a cheating problem?

You have to weigh the situation. As a person, I would ask myself if it is something I want to deal with or am I just angry because of what people would say? I have met a lady who told me she doesn't care what her man does. Another person might say she must care because he might give her a disease. What if she uses protection with her husband? What if she's equally cheating or emotionally cold? We shouldn't judge relationships from the outside. If you are in such situation, weigh your options and whatever you come up with, make your decision with that. Such decision should be between you, the person and God and not you, the person and social media. Just do what makes you happy.

Do you think people are impatient with marriages these days?

I wouldn't say that. There are two kinds of persons in relationships. The ones that give you a long rope and when they've had it, they are done. I fall into that category. Such people must have endured a lot before deciding to take that walk. So we shouldn't judge. The other kind of person might shout all the time but wouldn't do anything about it. So it depends.

For a woman to quit, she must have put in a lot of effort to make it work. It's in us. We are maternal and It is a part of us to make things work. When a dog loses its puppy, it keeps kicking it to bring it back to life even though it knows the puppy is dead. That's the same effort women put into marriages. So when she works away, she must have tried. That doesn't mean there aren't bad women out there that aren't mature.

Before we walk away, we must try to make things work by seeking help. The culture of silence plays a big part in broken marriages. When I wanted to get married, I was told not to discuss my marriage with anyone, which is true. Do not discuss your marriage with friends. Have at least one person that you can talk to, preferably a therapist or your parents.

Ensure the person is trustworthy and mature enough to put you through. We shouldn't make rash decisions in the heat if the moment. I have been married for 21years but I haven't been in love for the whole 21 years. There were times I would just say I have had enough but it doesn't mean I would make rash decisions. I seek help. The person would advise you to calm down until the situation is settled.

Is there anything you can't forgive?

I can't forgive deceit. If you do something wrong, you have to tell me so I can defend you. I always tell my husband to inform me when he does something wrong. It doesn't mean we are cool but at least you have honoured me by telling me first. If I hear from another source, you have broken the honour chain and that might be unforgivable.

Are you saying you can't forgive your husband if he cheats?

Thats totally up to me. I might and I might not. I forgive him doesn't mean I would stay. By telling me, you have given me some sort of healing. It shows you are remorseful. You have given me the chance to help you fix it before it gets out there. It's not just about relationships. I tell the same to my staff and my kids. You are human, you are bound to make mistakes. Tell me before it gets out there so we can fix it. If it gets out there, I'll have to deal with the trauma, backlash and I might be too occupied with that instead of fixing the problem. It's all about being honest.

Email ThisBlogThis!Share to TwitterShare to FacebookShare to Pinterest
Labels: Inspiration, My Story, The Bitter Truth