The Importance Of Teaching Your Teens About Empathy - Tyler Jacobson...

There seems to be a never ending list of worries that lay heavily on a parent’s mind. Teen suicide is now the second leading cause of death for those between the ages of 12 and 18. Depression in that age bracket has reached over 3 million affected each year. Not to mention the more mundane anxieties: balancing life and time at home, school performance, future prospects, social interaction, and much more. 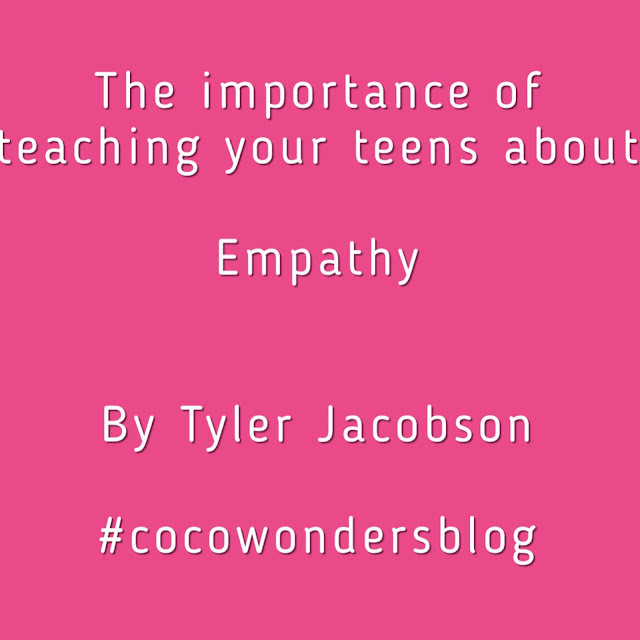 With so much battling with the everyday struggles of life, finding the time and energy to maintain another worry can seem almost insurmountable. But there is an important lesson often overlooked by parents, much to the detriment of their teenage children. That lesson is the importance of empathy, and how it can be applied to daily situations.

Communication as a Whole

How is your communication with your teenager? You may have noticed that as they have aged your ability to speak to them has lessened. That is mostly a normal consequence of reaching those formative years. More frequent fights are also common, as teens will hear more of how you say something than the words themselves, at least at first.

The first step is to open the lines of communication. Remain patient and avoid aggressive tones. Coming on too strong, or sounding accusatory, is a quick way to shut down the discussion before it even starts.

Instead, keep things vague and address only the idea of empathy as a concept. If they choose, they will bring up instances that provide examples. Under their prompting, you can begin to look at those examples, and find ways that empathy was used, or could improve the outcome.

Be a Role Model

Children grow up watching their parents. As they get older they will begin to emulate parental behavior. While much of this occurs during their younger years, it is by no means exclusive to young children. Teens do the same, because their parents remain their primary influence in their lives, and whether they will admit it or not, they look up to you.

Showing empathy in your own life is a great way to instill the quality in your teenager. Since empathy is a learned skill that has to be cultivated, seeing you express it will give them a blueprint to follow.

Make Them See The Other Person’s Side

When my teen got into a fight with his best friend it looked like their relationship might be really damage. Not by the fight itself, but their mutual stubbornness and unwillingness to take responsibility. Each claimed it was the other’s fault, and that they wouldn’t apologize unless the other did.

I ended up sitting down with my son to examine the situation. When we got to the reason for the fight, I asked my son a simple question: How would you feel if you were in your friend’s shoes? Seeing it from the perspective of the friend actually helped to calm my son down and realize that they had both made mistakes.

He apologized to his friend and calmly explained his side, using the framework provided in our talk. This helped the friend also see where he had gone wrong, and he apologized back. Today the two are not only still close, but they have used the same tactic to work on fights that have arisen since.

Talk to your teens about empathy...it will improve their lives in ways you never imagined.

Author's Bio:
Tyler Jacobson is a father, husband, and freelancer, with experience in writing and outreach for organizations that help troubled teen boys and parents. Tyler has offered personal, humorous and research backed advice to readers on parenting tactics, problems in education, issues with social media, various disorders, addiction, and troublesome issues raising teenage boys.Connect with
Posted by cocowondersblog.com on June 13, 2017