The first iPhone went on sale 10 years ago today — here's how Steve Jobs announced it... 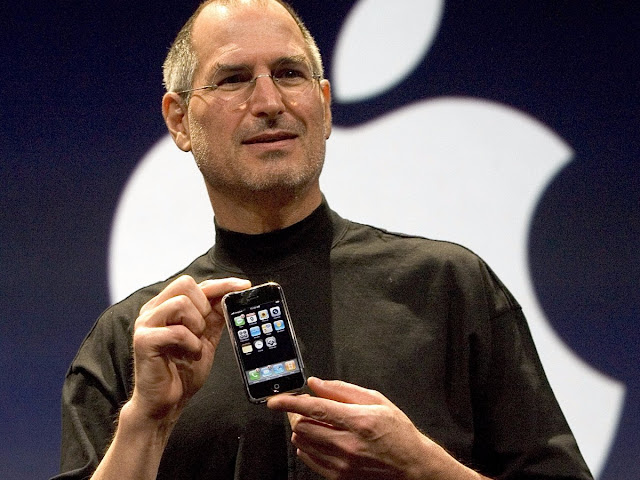 But it tied numerous disparate features together in a cohesive, well-designed whole — kickstarting a mobile revolution that has transformed the modern world.
Today's app economy is bigger than Hollywood, and WhatsApp, Snapchat, Uber, Tinder, and more are essential parts of modern culture, collectively used by hundreds of millions of people every day.

But 10 years ago, none of that existed, and the iPhone's success was by no means guaranteed.

It was announced by CEO Steve Jobs onstage at the company's Macworld conference on January 9, 2007. The now-iconic exec was not humble about its possibilities — calling it a "revolutionary device ... that changes everything."

Five months later, as customers queued for days, it hit shop shelves in the US.

And the rest is history.