Man and woman having sex on Ryanair flight in full glare of other passengers... 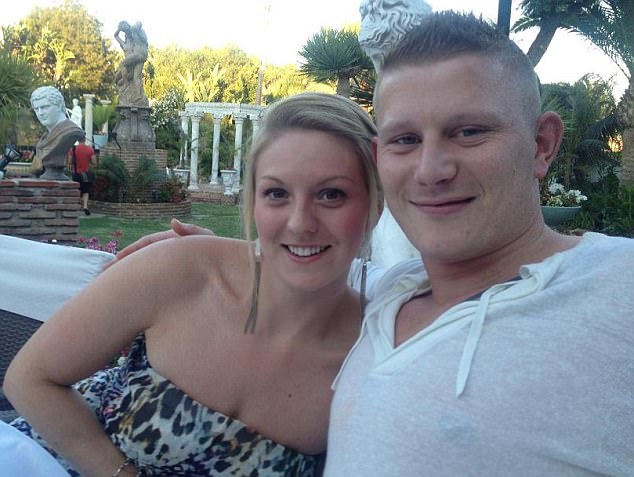 A man was filmed on Friday having sex with a woman on a Ryanair flight in full glare of other passengers and the identity of the man has now been revealed. It was also discovered that he has a six-month-old pregnant fiancee who has been with him for six years and the fiancee was home while he was gallivanting with a strange woman.
The footage, which quickly went viral, showed a blonde woman straddling Shaun Edmondson on the plane from Manchester to Ibiza. The man was seen in the footage asking people around him if they had a condom.

31-year-old Shaun had never met the woman before until their trip. A friend revealed that Shaun is notorious for being a ladies man. He was on his stag do and was due to marry his fiancee upon his return.

His friend told The Sun: "That’s just a random woman he’s with, they didn’t know each other before the day. He doesn't seem to be too bothered he has left his six-months pregnant wife-to-be at home while he cavorts with random strangers." 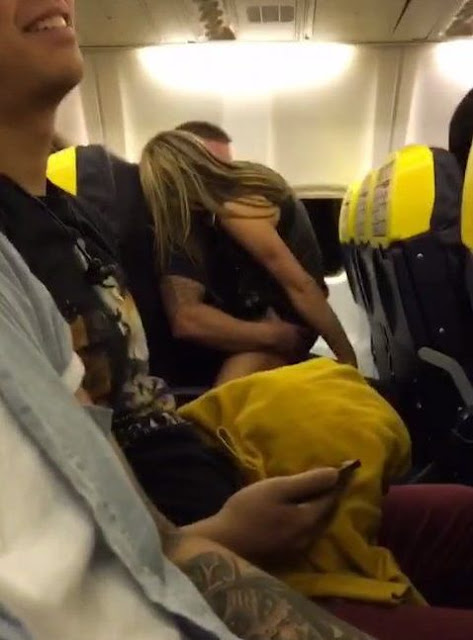 Shaun works as a sous chef at a family pub which is owned by his relatives. It is believed that Shaun's fiancee, Jenna, who is originally from Canada, is aware of the video. A 21-year-old passenger who filmed the encounter described people's reaction to seeing them have sex on a plane. He said the crew saw what was happening but didn't stop them instead they moved a woman sitting close to them who requested to be moved.

Kieran Williams, from Preston, Lancashire, said:
"I heard them talking about it but I thought they were joking. The guy was shouting, 'Anyone got a jelly?' meaning condom. We all laughed but then ten minutes later they actually did it. They seemed so drunk, they brought a lot of attention to themselves.You could see the girl taking off her pants and he pulled his trousers off. She started riding him. I had to get my phone out. I have never seen anything like that."

"We are looking into this matter. We will not tolerate unruly, disruptive or inappropriate behaviour at any time and any passengers who appear to behave in an unacceptable manner may be liable for further sanctions."