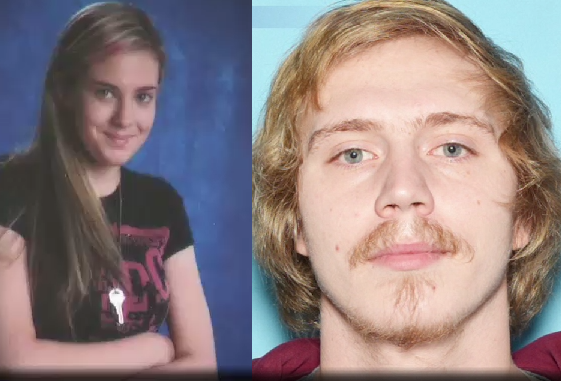 A 21-year-old Alaska man was indicted by a grand jury last week for trying to kill himself then killing his girlfriend in the process. Victor Sibson was suicidal and tried to take his life by shooting himself in the head but by some stroke of fate, the bullet passed through his head then hit his girlfriend on the chest, killing her... 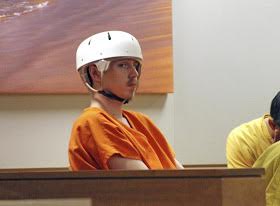 This happened on April 19 at the couple’s Anchorage apartment. Victor Sibson and girlfriend, Brittany-Mae Haag, 22, were taken to the hospital but  Haag died the same day while Sibson survived his self-inflicted wound. Only one casing was found at the scene,  and the bullet was recovered from Haag's chest during her autopsy.

Sibson, who is accused of second-degree murder, turned himself into police in Anchorage on Friday after police issued an advisory saying officers were not able to find him for two days.

He appeared in court on Sunday without a lawyer and told the judge that he was unemployed, hence could not afford one. Sibson was seen in court wearing a helmet to hide his head injuries caused by the gunshot. He told the judge that his girlfriend has been trying to prevent him from killing himself when the bullet hit her.

Haag's sister, Chelsea Hartman, lamented the death of her sister and told KTVA that she thought it was unfair her sister had to die that way.

She said: "I think a lot of it is still hard to grasp, how is it just one bullet, you know? And how does it go through one person and then the other person and kill the second person?
It’s just not fair.”