Pigeon Apprehended After Being Caught Smuggling 200 Ecstasy Pills in Kuwait. . . 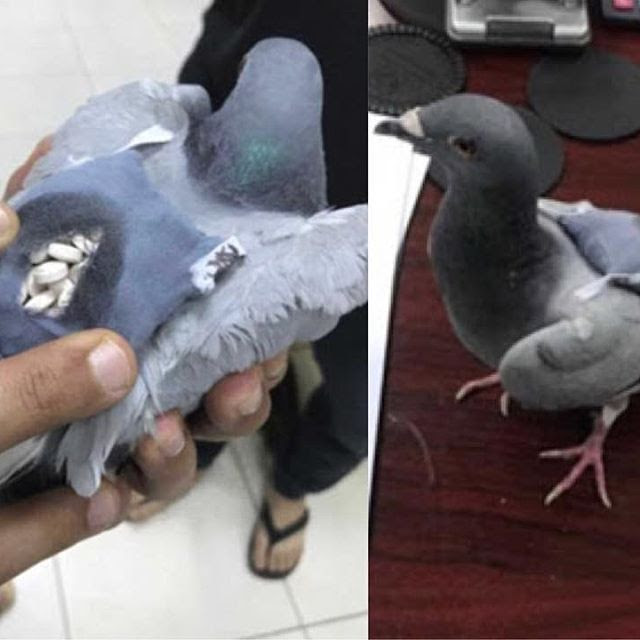 A pigeon has been caught with almost 200 ecstasy pill stashed in a backpack. The bird was captured by authorities in Kuwait, having flown over from Iraq. The pigeon was reportedly sent by traffickers hoping to get the drugs into Kuwait.