Not all that glitters is gold...Looking at people and comparing yourself with them will not make you better but bitter.

A WORD TO A WISE 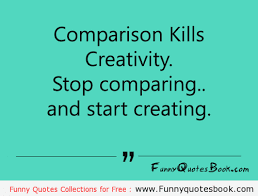 *Life*
1. A guy met one of his school mates several years after school and he could not believe his eyes; his friend was driving one of the latest sleek Mercedes Benz cars. He went home feeling awful and very disappointed in himself. He thought he was a failure. What he didn't know was that his friend was a driver and had been sent on errand with his boss's car!


2. Rosemary nagged her husband always for not being romantic. She accused him for not getting down to open the car door for her as her friend Jane's husband did when he dropped her off at work. What Rosemary didn't know was that Jane's husband's car had a faulty door that could only be opened from the outside!
3. Sampson's wife went to visit one of her long time friends and was very troubled for seeing the 3 lovely kids of her friend playing around. Her problem was that she had only one child and have been struggling to conceive for the past five years. What she didn't know was that one of those kids who was the biological child of her friend had sickle cell and had just a year to live; the other two are adopted!
4. Life does not have a universal measuring tool; so create yours and use it.
Looking at people and comparing yourself with them will not make you better but bitter. If you know the sort of load the chameleon carries, you would'nt ask why it takes those gentle strides. So, enjoy what you have and be grateful to God for it. Pass to everyone on ur list to learn from other's mistakes!
Not all that glitters is gold, live and be happy with what you have, everyone is going through one thing or the other, God Bless you.