A Los Angeles judge granted the 41-year-old singer's request on Thursday with a five-year restraining order that expires at midnight on May 3, 2022. Neither Gilles nor her lawyer was present at the hearing. 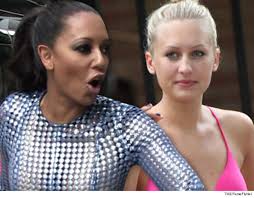 "The Court finds that the Petitioner (Mel B) has established clear and convincing evidence to grant a restraining order," the order states. 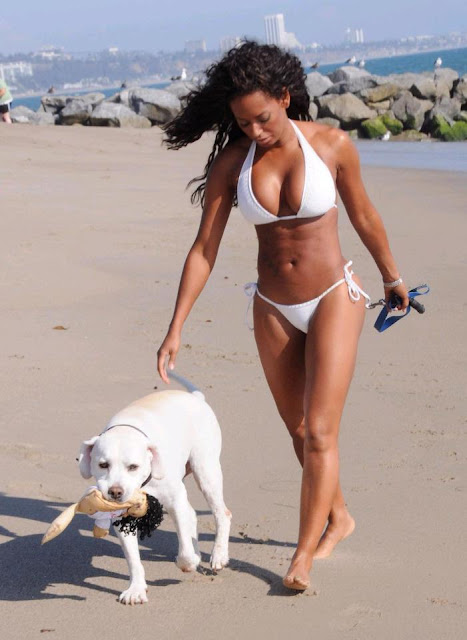 Mel B, also known as Melanie Brown, previously claimed in court papers that Gilles had an affair with her estranged husband, Stephen Belafonte. The America's Got Talent judge acquired a temporary restraining order against Gilles last month, which ordered Gilles to not harass the singer and to stay 100 yards away from her.

Additionally, Gilles filed a defamation lawsuit against Brown, which is still pending. This restraining order case will not affect the defamation case.

Dan Holzman, attorney for Gilles, tells ET exclusively, "Nobody from Mel's side contacted us regarding the restraining order. We found out about the ruling on TMZ Wednesday."

"I have no idea," he added, when asked why the judge granted the restraining order in the first place. "We weren't there. We didn't hear it. Probably to be cautious."

Holzman claims that neither he nor Gilles knew Brown had filed the restraining order.

"Lorraine is a private person. She has nothing to do with the family law matter going on with the child custody issues," he explained, referring to Brown and Belafonte's battle for legal and physical custody of their 5-year-old daughter, Madison. "There was no reason to drag her name into this whole thing. She was a private person, she had nothing to do with anything."

"All of a sudden she became a very public person and it's impacted her privacy and so that's what she wants to remain. A private person," Holzman added. "She's being painted in a way that's not accurate."

Since suing Brown for libel, Holzman claims Gilles has not spoken to the singer since, and is "not well."

"No contact," Holzman said, telling ET they've also "heard nothing" from Brown in response to the defamation lawsuit. "They haven't spoken since her employment ended."

"She got thrust into the spotlight here and Ms. Brown didn't paint a pretty picture," he continued. "And she didn't paint an accurate picture. She [Lorraine] has to protect herself and the only way to do it was by doing a lawsuit."

As ET previously reported, Brown was granted a temporary restraining order against Belafonte after alleging he beat and threatened her throughout their nearly 10-year marriage. According to court documents obtained by ET, Brown also claimed Belafonte got Gilles pregnant -- and that he told her he wanted to have the baby and "all three of us live together" -- before ultimately demanding she get an abortion. She also alleged that Belafonte paid the nanny in excess of $300,000 of her money for "alleged nanny services."

A source close to Brown, Belafonte and Gilles previously denied the pregnancy allegations, telling ET, "none of it's true" and that Gilles is "devastated" by all of this.

Belafonte has denied all of Brown's allegations.