CNN Has Cut Ties With Kathy Griffin Over the graphic photoshoot inciting violence after President #Trump slammed #KathyGriffin's photo shoot with a bloodied Trump mask on Twitter, saying the comedian should be "ashamed of herself." 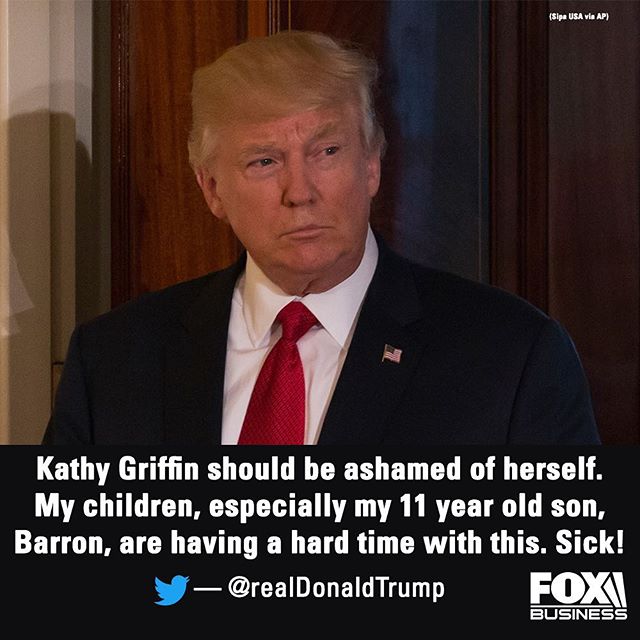 The comedian began co-hosting New Year’s Eve coverage on the network in 2007. 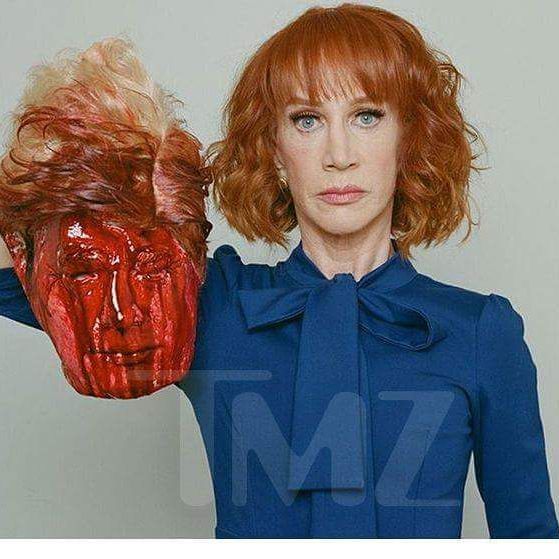 Griffin has been a regular feature of CNN’s New Year’s Eve coverage since 2007, when she first co-hosted the festivities with Anderson Cooper. 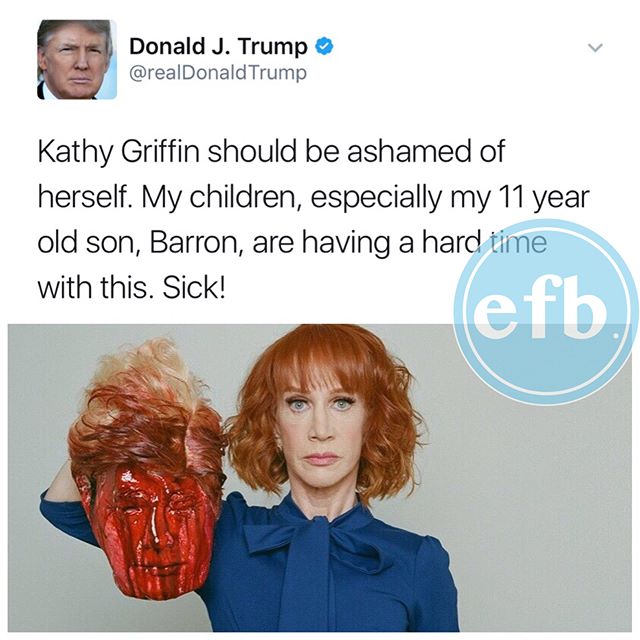 Griffin initially defended the photo shoot with celebrity photographer and director Tyler Shields as a work of art when the photos were first released Tuesday. Later that night, as the criticism grew louder, she apologized and said she had asked Shields to take down the photo.

“I beg for your forgiveness. I went too far. I made a mistake and I was wrong,” she said.


That's what came to mind when I saw Kathy Griffin's gruesome image. I'm not sure what reaction Griffin wanted us to have when she posed for a photo with a bloody, decapitated mask of Donald Trump. But there are no good ones to be had after looking at a picture like that.
In the more forgiving (but still unforgivable) metaphorical version, I suppose she's suggesting that comedians like her will symbolically take Trump down with their wit and humor and moral superiority. But this photo is not witty, funny or moral.
CNN said in a previous statement shortly after Griffin posted the video that the network was “pleased” Griffin apologized for the “disgusting and offensive” image. Nevertheless, they said they were “evaluating” whether Griffin will be invited to help host the channel’s New Year’s Eve special once again.
The image was roundly criticized by people including President Trump and Griffin’s New Year’s Eve co-host, Cooper.

For the record, I am appalled by the photo shoot Kathy Griffin took part in. It is clearly disgusting and completely inappropriate.
— Anderson Cooper (@andersoncooper) May 31, 2017