Chris Rock allegedly cheated on his EX-wife with Kerry Washington

In a recent interview, Chris Rock admitted that he cheated on his now ex-wife, Malaak Compton-Rock with three women, an A-lister, a semi-famous woman and another woman in retail.
The famous woman he cheated with has now been revealed to be Scandal star Kerry Washington - and the alleged affair began in 2007, when she was engaged to actor David Moscow. 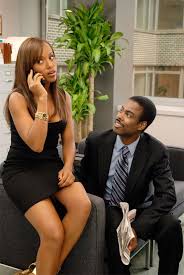 Chris and Washington were said to have kicked off the affair after they both starred in the ironically-titled film, I Think I Love My Wife, a movie where Rock’s character was about cheating on his wife.

It was also reported that they were together for 6months when he was still married to Compton-Rock.

A source who confirmed the flings told Page Six:

“He was cheating on his wife with Kerry when they were filming [I Think I Love My Wife] about him, ironically, having fantasies of cheating on his wife. That went on for a while, for like six months, and she found out adding that 'There’s no grey area.'

It comes after Chris Rock was quoted in an interview with Rolling Stone saying: 'I was a piece of s***" during his marriage to Compton-Rock, revealing that he cheated with three women: 'one famous, one semi-famous, and one a member of the retail class."

Rock married Compton-Rock in 1996 and filed for divorce in 2014. Their divorce was finalized last year.

Kerry Washington is currently married to Nigeria’s Nnamdi Asomugha – both of whom have two children together and Chris Rock who is equally engaged to Nigerian actress Megalyn Echikunwoke are yet to react on the allegation.