The governor of the conservative southern US state of Alabama resigned Monday, shortly after lawmakers began impeachment proceedings linked to his affair with a senior aide that was made public in humiliating detail. 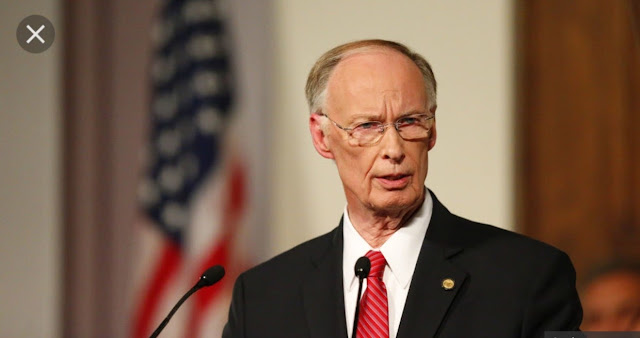 Robert Bentley, 74, pleaded guilty in an agreement with prosecutors on Monday to two misdemeanor campaign violations and is barred from seeking public office again. 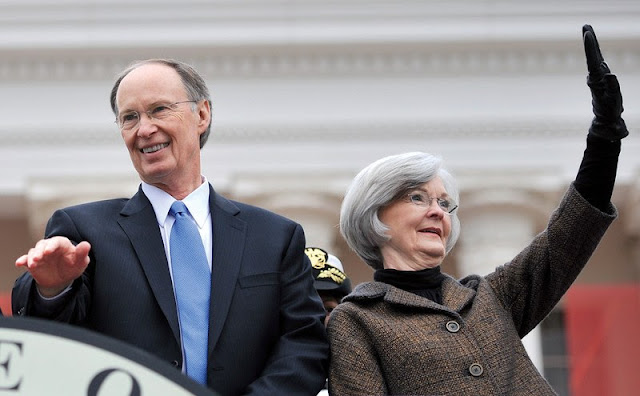 “I have spent the last year in deep and earnest prayer over our state and our people. I pray every morning for wisdom and guidance and forgiveness for the sins I have committed,” the former dermatologist and church deacon told a news conference announcing his resignation, never directly acknowledging his romantic relationship with 45-year-old political adviser Rebekah Caldwell Mason. 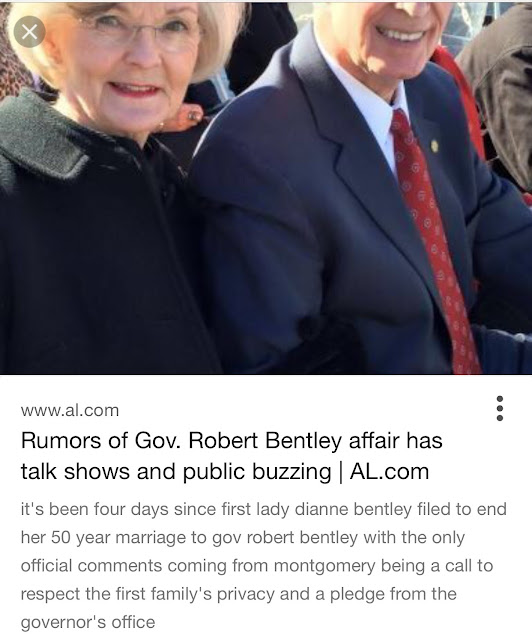 The relationship between Bentley and his married aide became a topic of speculation in 2015, when his wife of 50 years, Dianne, abruptly filed for divorce.

The scandal broke last spring when the state’s top police officer -- fired by Bentley -- provided the news organization AL.com with salacious details of the secret romance.
The media outlet reported on a 2014 phone conversation between Bentley and a woman he called Rebekah that was secretly captured by Dianne Bentley.

Last week, an impeachment investigation report prepared for the Alabama House Judiciary Committee said Bentley tried to cover up the affair “in a process characterized by increasing obsession and paranoia.”

“To ensure the silence of his staff, Governor Bentley encouraged an atmosphere of intimidation,” it added. “Concern over the recordings appears to have become an obsession.”
The report revealed that Bentley once opened the door of his hotel room in Washington clad in boxer shorts, thinking Mason was on the other side when it was actually hotel staff.
On the same trip in 2014, Dianne Bentley attended a group dinner with her husband and Mason, and saw the text messages he was sending his mistress while seated next to his wife, including

“I can’t take my eyes off of you.”
Bentley once mistakenly sent his wife a text message that said, “I love you Rebekah,” accompanied by a red-rose emoji.
Dianne Bentley was able to access other text messages sent by her husband because he had given her his state-issued iPad, not realizing texts from his iPhone would show up on her tablet because the devices were linked.

As part of his plea deal, Bentley must surrender $37,000 in campaign funds and perform 100 hours of community service.
He pleaded guilty to failing to properly report a $50,000 loan made to his campaign and using campaign funds to pay nearly $9,000 for Mason’s legal fees last year.

And Yes...There's A new Governor In Town Right Now
Lieutenant Governor Kay Ivey was sworn in as governor Monday evening.

Posted by cocowondersblog.com on April 11, 2017