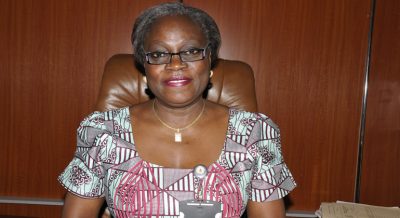 NAFDAC Arrests Nursing Mother, 7 Others Over Adulterated Drinks The National Agency for Food, Drugs Administration and Control (NAFDAC) on Saturday raided the Ogbaru relief market, near Onitsha, arresting eight persons over their alleged involvement in the production of fake alcoholic drinks. One of the suspects is a nursing mother.

The agency also sealed three shops in the market, confiscating adulterated drinks and production materials worth millions of Naira

Some registered drinks, being adulterated in the market included J&W, Baron Romero, Lord’s dry gin, Seaman Schnapps, Carlo Rossi, Red Label, Hennessy, McDowell’s and Remy Martins, among others. Addressing newsmen after the raid, Mr. Waheed Agboola, Assistant Director, Enforcement and Investigation Directorate of NAFDAC in Lagos, expressed displeasure over the unhygienic production sites. “Factories are not supposed to be cited in markets; the factories are in the unhygienic environment and we even saw maggots and cockroaches. “These fake products are sold within the market and it is difficult to differentiate between the original and fake products,’’ Agboola said. According to him, fake products are largely responsible for the increase in people having liver and kidney problems. “The unwholesome practice must have been taking place for years because we saw receipts, dated as far back as 2006, and nobody reported until recently.’’ he lamented. Agboola said the eight suspects would be screened to ascertain their level of culpability. He added that some of the suspects might be taken to Lagos for further investigation while others would be prosecuted in Onitsha.

Also speaking, Mr. Hassan Tanko, Chief Regulatory Officer, Enforcement and Investigation Directorate of the agency in Lagos, called for collaboration between the market leadership and the agency, to stem counterfeiting. He said the agency would sustain its sensitisation campaign against unwholesome practices, as well as prosecute suspects to serve as deterrence to others. “Nigerians are not fair to themselves from what we saw at the market’ “We will invite the management of the market to explain why counterfeiting is taking place in the market,’’ Tanko said. pmnewsnigeria
Posted by cocowondersblog.com on April 08, 2017