Health - Milk Does More For You After Gym/Workouts...

The Weirdly Hydrating Thing You Should Drink After a Workout

Still pounding sports drinks after a tough workout? You're behind the science times, according to a small new study. 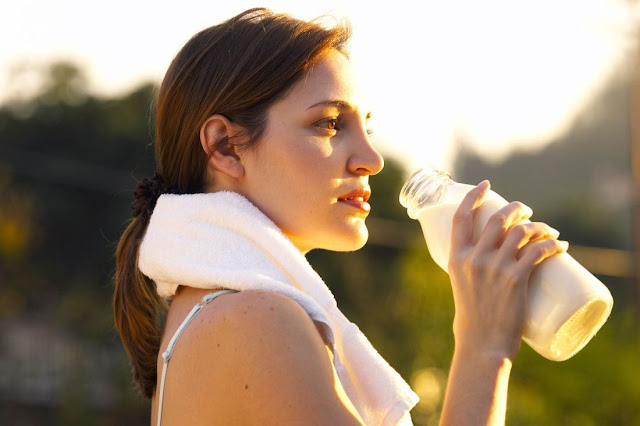 Milk and milk alternatives—thanks to their natural balance of sodium, carbohydrate and protein—help the body retain fluid, researchers report in the journal Applied Physiology, Nutrition, and Metabolism, making it an effective recovery drink for exercisers.

The researchers wanted to see how the sports drink Powerade stacked up against different kinds of milk, so they subjected 15 men to four rounds of cycling on separate days. Each workout was followed by a different beverage: cow’s milk, soy milk, a milk-based meal supplement or Powerade. Researchers then measured their blood and urine to determine hydration and nutrient levels.
Drinking a milk-based meal supplement after exercise led to better fluid retention than the other drinks, but all of the milk-based products were superior to Powerade in terms of rehydrating the body post-exercise. None of the beverages made the cyclers thirstier than any other.
That said, Powerade had an edge in one regard: The men reported that the sports juice was the most pleasant (soy milk, unsurprisingly, was the least). Those who drank milk reported being more bloated and feeling more full—probably due to the protein content in milk—but they were more rehydrated compared to sports drinks.
And as for water? Drinking plain water after exercise actually causes a drop in sodium levels, potentially leading to even more dehydration, the study authors note. Consider chasing your next workout with milk—just be sure to wear your roomiest pair of yoga pants.

Mandy Oaklander from Time.com
Posted by cocowondersblog.com on April 08, 2017