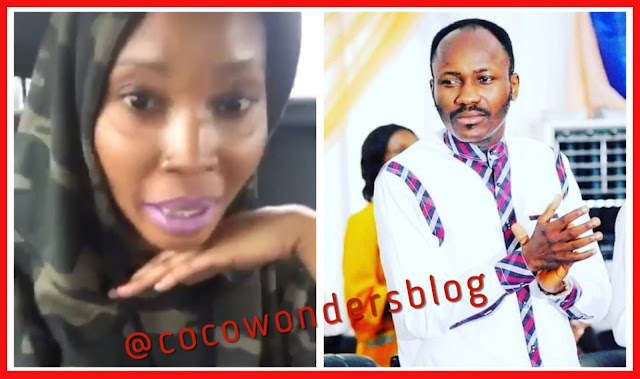 While, that was going on, Stephanie says she was on board a flight to Toronto, Canada.
This is the video Stephanie released as well, saying that the mother was threatened and arrested twice...

watch and read excerpts below...

Hi Everyone am just coming from the airport right now, I just landed in Toronto.I'm still on my way home. I'm in a taxi going home. And I heard that my mum made a video or statement , So I called her, she was been threatened, She was been arrested two times. And they threatened her.

This is what Apostle Johnson Suleman is doing, using his power, He should come to court. You Know, I will make a better video later. I just wanna let you know that my mum was arrested two times, I want Nigerians to know that my mum's life is in danger right now because this man is threatening us, hes threatening my family.


This is what Apostle Suleman is doing, She was arrested two times.If he was pure and clean and clean, why is he doing this?...Stephanie Says

Posted by cocowondersblog.com on March 27, 2017