And now some hourly workers are fighting back against the inequality. 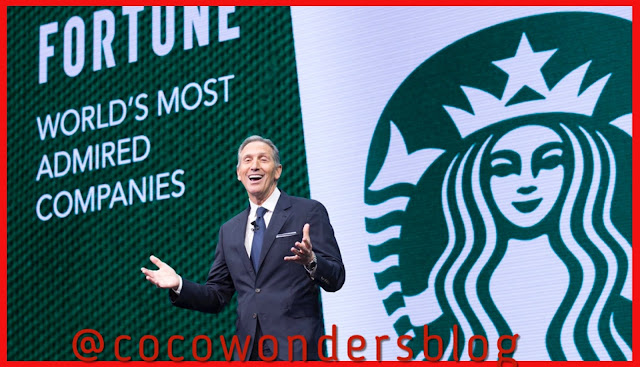 Starbucks grabbed headlines and accolades earlier this year for giving its hourly workers parental leave, but few people paid attention to the inequality baked into the fine print: The coffee giant is providing vastly better benefits to its already well-paid, white-collar corporate employees.

Under the new policy, which takes effect in October, Starbucks white-collar employees who give birth to a baby are eligible for up to 18 weeks paid time off. That’s three times as much as the six weeks a woman working in a Starbucks store would get if she has a baby. 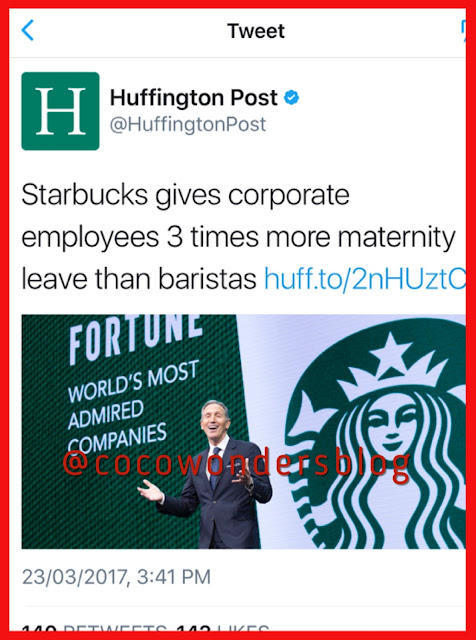 All other corporate employees can take 12 weeks paid time off after the arrival of a child, including fathers, adoptive and foster parents. Hourly workers? They get 12 weeks, too. Unpaid.

Known for giving generous benefits to the hourly workers that comprise the vast majority of its 180,000 employees in the U.S., Starbucks called this new policy “exceptional” in a press release in January.

Now some Starbucks workers are protesting the policy, decrying the unfairness of giving one class of workers more time to spend with their children than another and shining light on a problem that plagues Americans across the country.

This week a few Starbucks employees traveled to the company’s annual shareholder meeting in Seattle to deliver three petitions, with more than 80,000 signatures from employees and others, demanding equal parental leave benefits.
“I think my baby is just as important as the babies of the parents in the corporate office,” said Kristin Picciolo, who works part-time at a Starbucks in Medina, Ohio, and traveled to Seattle this week to deliver the petition.  “We should have equal benefits and time to spend with them.”

This is not about Starbucks, this is about people who have more actually noticing and placing value on the people that have less.

Just four months ago, while she was in labor at the hospital, Picciolo got the surprising news that she fell slightly short of Starbucks’ hourly work requirements to qualify for paid maternity leave. (The current policy allows for six weeks paid leave at 67 percent pay for those that work 20 hours a week or more.)
Since then, her partner’s picked up double-shifts for his job as a server in a restaurant. She went back to work last month ― sooner than she would’ve liked. “We’re stressed out,” the 22-year-old new mom says of her current situation, laughing when this reporter asked about their savings. If she worked in corporate, she’d still be home with her son, she said. And that would be better for everyone.
Few would argue that big companies like Starbucks should practice equality when it comes to pay. Employees get paid different salaries and that’s how it works. A cashier probably shouldn’t make the same salary as the CEO.
But parental leave is a different ballgame. And, as Starbucks is finding out, it’s hard to justify why some types of workers “deserve” more time with their children than others.
Netflix ran into a similar issue a few years ago, after the Huffington Post reported that its hourly workers weren’t eligible for the same amount of parental leave benefits as its salaried workers.
When asked to explain the discrepancy, a Starbucks spokesperson reiterated phrasing from its January press release, saying the expanded benefits for corporate employees were intended to “seek and retain non-store talent.” In other words, the company is competing more fiercely for these workers and needs to do more to attract them.
When Picciolo asked Starbucks president Kevin Johnson if there were any plans to equalize the benefit at the shareholder meeting on Wednesday, he skirted the question, noting that the company also raised hourly pay last year and expanded health benefits. He said that the benefits conversation is ongoing.

huffingtonpost
Posted by cocowondersblog.com on March 24, 2017