QUEEN OF CLAP BACKS CHRISSY TIEGEN....DON'T PICK UP A FIGHT WITH HER CAUSE SHE'S GONNA GIVE YOU RIGHT BACK... 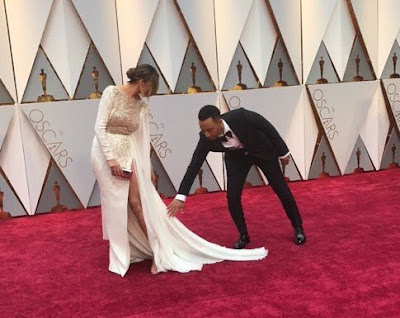 So, some one name AustinD on wrote on twitter that He's betting 10 dollars that Chriisy and John legends marriage won't go beyond 2020...Well, Trust Chrissy Tiegen, the queen of online Clap backs...here's her reply

Chrissy replied...She and John has been together already for 11 years so where's the monetary wager she's suppose to get so far 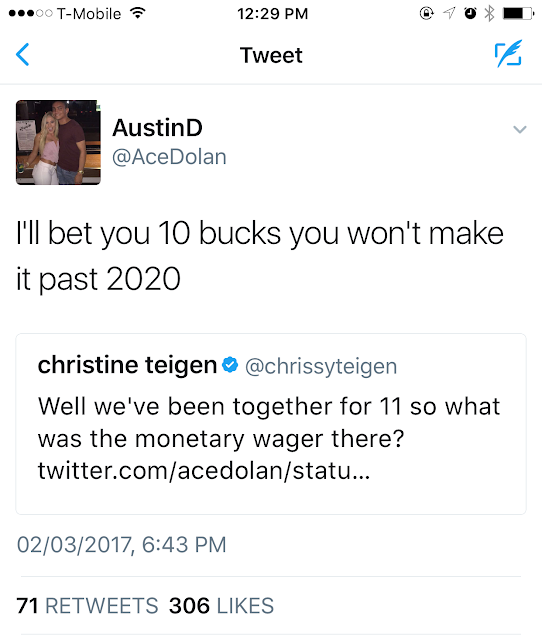 And yes! there was Another...people are just hitting on the love of these two....i just don't get it...Ain't people suppose to wish to have better things? 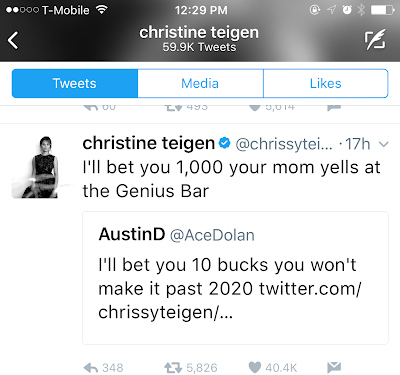 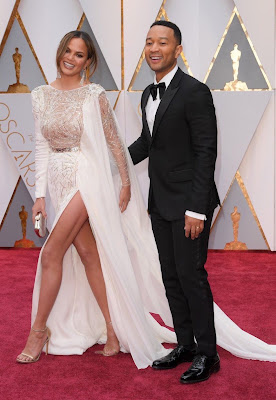 coco's note
we love you chrissy and John...

Posted by cocowondersblog.com on March 03, 2017