THE TWO STARS HUGGED IT OUT IN PARIS 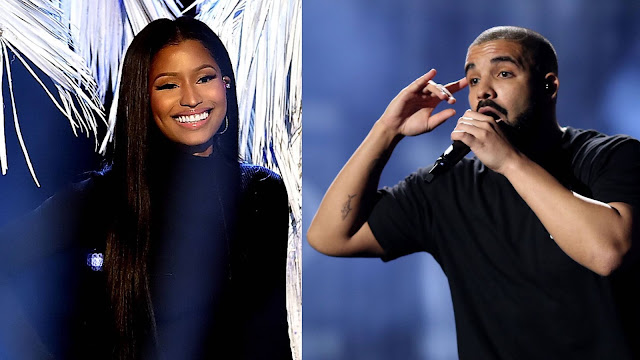 Nicki Minaj and Drake buried the last remaining sliver of the hatchet between them on Sunday (March 12) during Drake's concert in Paris.
Days after appearing on Nicki Minaj's new song"No Frauds," Drake brought the rapper onstage to run through a selection of their joint tracks.
The pair last collaborated on Nicki's 2014 singles "Only" and "Truffle Butter," but their relationship was on ice recently during Drake's feud with Nicki's ex, Meek Mill.
Now it seems like everything has been patched up between the stars.
"You know I love you, right?" Nicki asked the Paris crowd. "And for supporting my brother Drizzy Drake, I love you even more."

Posted by cocowondersblog.com on March 13, 2017