HOW ABOUT YOU JUST SLAP YOURSELVES... 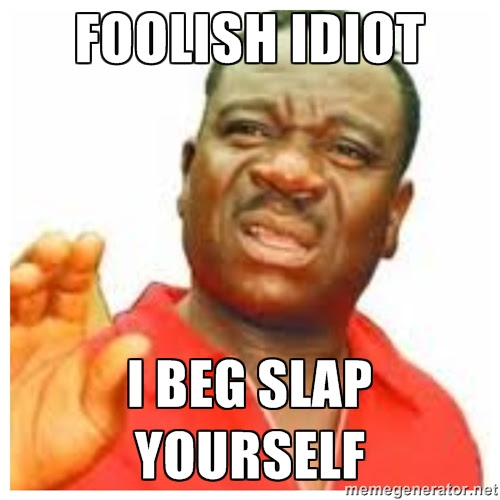 So, Tonto Dikeh invested all that money, time and energy to make us believe she had the best husband and life?
The luxury cars, jewelries, vacation, birthday parties and clothes.
Only to tell us they were all lies? That he never bought her anything, that she was just putting up a show to upgrade him?

I can't stop imagining how many people felt less of themselves watching the euphoria. How many marriages and relationships were wrecked because, some of us got mad that our partners were not doing enough. If you were one of them, take a minute and SLAP YOUR SELF! 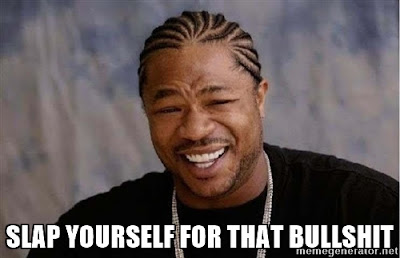 Some girl you know, just had a flamboyant wedding and while she is feeling miserable that it was all her money, with little or no support from her husband, you're also feeling miserable because your wedding was nothing compared to hers, despite your husband's total support? SLAP YOUR SELF!

Your friends have their kids in the most expensive schools and while they are dying of hypertensive heart disease over school fees, you're having same health challenge because you can't take your mind off the fact that, you can't afford that school for your kids? SLAP YOUR SELF! 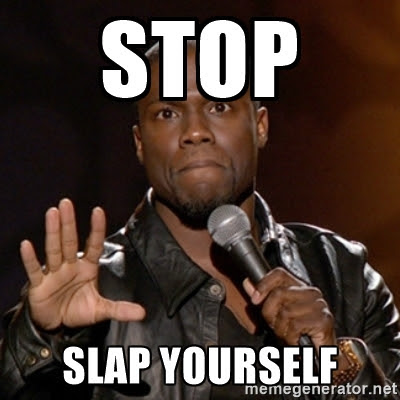 Your friends sleep around, loan and steal money from their offices, to fund the annual vacation and while they are restless the entire vacation, because a huge debt or query awaits them, you're also restless when you see their vacation pics on social media? SLAP YOUR SELF!

All your friends are married or in a relationship and while they have lost their self value because they settled for less than they deserved, you've lost same too because, you feel they're more deserving? SLAP YOUR SELF!

The slay queen or king on your timeline won't stop posting pictures of their designers clothes, hair, shoes, bags and jewelries and while they have slept with half the men and women in town, running and hiding from debtors, you're running and hiding too because, you feel you're not presentable? SLAP YOUR SELF! 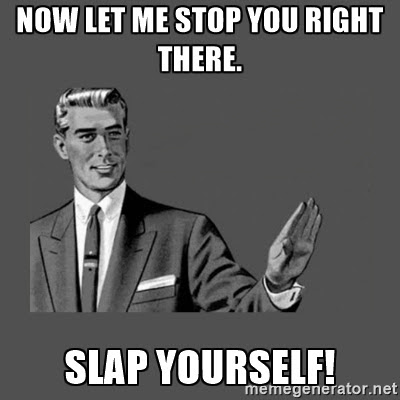 Things do not always appear the way they are. Never loose a wink of sleep on what you see on social media.
You'll never know the length people go to paint a happy and successful picture.
Quit allowing yourself suffer their predicament by buying into the lies. And even if they were true, focus on your life. Have a dream and work towards it. Everything you need will come to you in time.
Everyone's timing is not the same. Slow and steady wins the race. If you rush in, you'll be rushed out!

N/B; Most of the very rich, happy and successful people like, Bill Gates, Mark Zuck, Oprah Winfrey, Dangote don't flaunt it on social media because they know who they are, and don't seek your validation.

coco's note
The writer is not right/wrong... Just Do You!
Posted by cocowondersblog.com on March 03, 2017