Between Steve Harvey And John Legend- There Is An Office Called The Office Of The President, and We have to respect That Office... 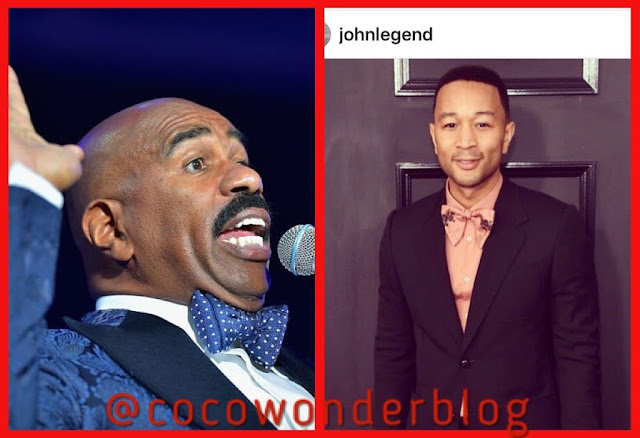 Well, let me tell you. Harvey took to his radio show Friday morning to blast Snoop Dogg’s video in which he points a gun at a Trump impersonator.
Well John Legend seems to outright disagree with a Steve Harvey cause he tweeted right under that Post on Twitter Saying NOPE! 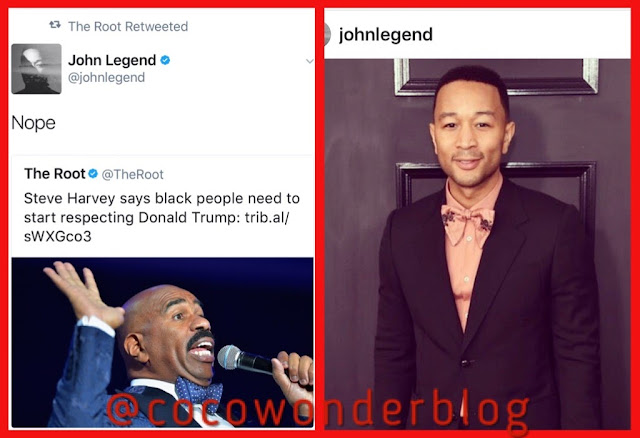 Posted by cocowondersblog.com on March 19, 2017