Stephanie Otobo, the Canada-based singer who claimed to have had an affair with Apostle Johnson Suleman, was on Monday arraigned before a Tinubu magistrate’s court in Lagos. 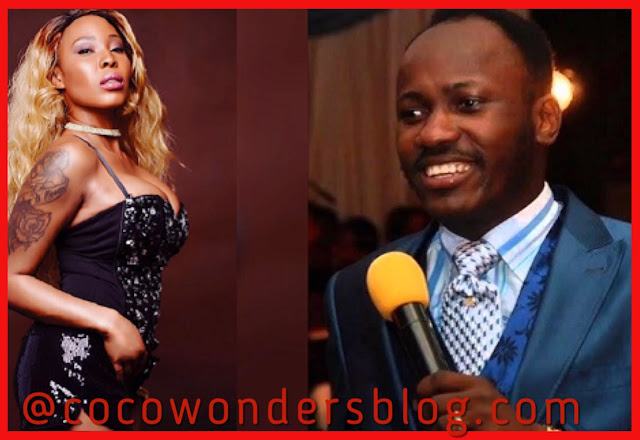 Otobo and Wisdom Godstime were arraigned for intent to steal and blackmail Suleman, the president of Omega Fire Ministries Worldwide.
The accused persons were charged with three counts of conspiracy, blackmail and threat to life.
M.A Animashaun, the prosecutor, told the court that the defendants and others at large committed the alleged offence on February 14, 2017 at about 10:30am at Police College, Ikeja, Lagos.

He said the defendants unlawfully demanded $1 million from Suleiman, threatened to call a press conference to accuse him of committing adultery and having illicit relationship with Otobo and subsequently kill him.
According to the prosecutor, the offences committed are punishable under sections 411, 301 and 303 of the criminal law of Lagos State 2015.
Both defendants pleaded not guilty to the charges filed against them.
Kikelomo Bukola-Ayeye, the magistrate, granted bail to the accused persons on liberal terms but asked them to deposit N100,000 with two sureties in like sum, who must be gainfully employed.
The magistrate adjourned the case to April 27 for the commencement of trial.
The Cable
Posted by cocowondersblog.com on March 21, 2017