AN INMATE IN THE FALKENBURG ROAD JAIL ATTACKS A DETENTION DEPUTY...

An inmate at the Falkenburg Road Jail attacking a detention deputy. 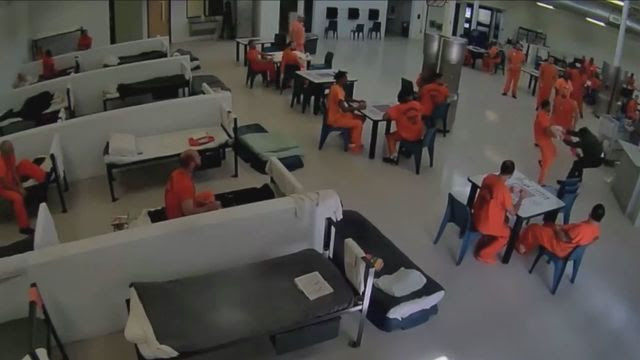 According to the Hillsborough County Sheriff's Office
Surveillance cameras show what deputies say is Kiondre Zachary coming up behind Detention Deputy D. Hernandez, and then wrapping a cloth towel around his neck. Deputies say Zachary was trying to strangle Hernandez.
The two were surrounded by 72 other inmates when it happened. Deputy Hernandez managed to escape from Zachery's grasp. Hernandez, other inmates and eventually, other deputies took Zachary down and subdued him.

Posted by cocowondersblog.com on March 02, 2017