My sister is getting married. As is customary for such events, I had to get fitted for my bridesmaid's dress yesterday, nine months ahead of time. It was, to be honest, a bit of a nightmare. 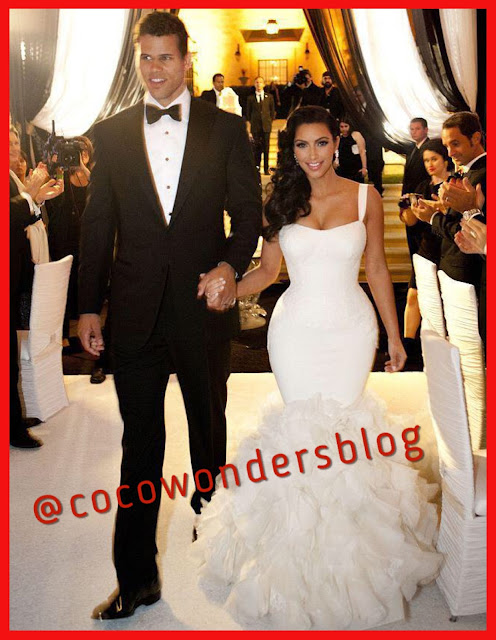 I've been through the dress fitting process before, but each time it comes up, I get a sick feeling in my stomach.
Not because I think I'm going to have a Cathy-esque freak out in the dressing room, mind you, but because heading to a formal dress fitting is a bit like taking a trip on Willy Wonka's insane boat.
You eventually come out of it okay, but along the way there are some pretty effed up messages that spin in and out of your head, and you walk away wondering what the hell just happened. 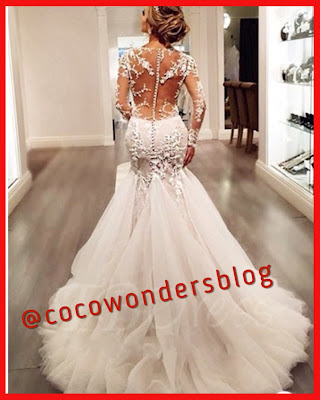 The first thing I noticed when I stepped into the dressing room was a large sign that read, quite ominously,

"THE TIME TO TALK ABOUT SIZING IS BEFORE, NOT AFTER.

" I then spent about 10 minutes checking around the benches and hooks to make sure Big Brother wasn't watching me dress, and eventually ended up standing in front of the mirror in a very ill-fitting gown, and frowning. "This one doesn't fit," I said to the woman outside the door.

"What size are you?" she yelled back. Ah, "What size are you?"
The question that cannot be answered due to a lack of consistency amongst designers and clothing stores across the universe. I'm a size A here, a size T in these dresses, a size 998 in this kind of pant, and a size Breakin 2: Electric Boogaloo in this particular top. Who the hell knows?

"I'm usually whatever size fits," I called back. This was a trick I learned in anorexia recovery: we were encouraged to remove the tags from our pants and wear them simply as "our pants," as opposed to "our size X pants." Sizing is so ridiculously arbitrary that it doesn't do anyone any good to attach a sense of self-worth or self-loathing to whatever number happens to be on the tag.
The woman, slightly annoyed, then measured me and took down the size. "I'd like to order it a size up," I told her. I do this every time, to avoid being triggered by a dress that doesn't fit. She frowned again. "It's an empire waist," she said. "Where do you gain weight?" At this point, I was about to yell, "In my head, because it swells from banging it against my desk due to conversations like this," but I politely told her that nine months was a while away, that I tend to gain weight, like everyone else, over the winter months, and that it would be much easier for both of us to have the dress taken in than let out. 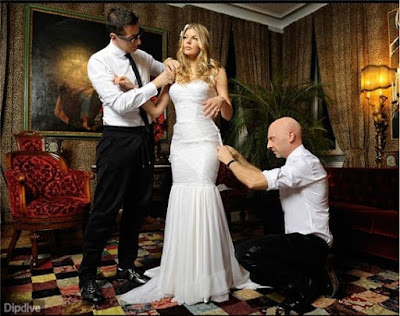 I honestly didn't think this experience would bother me so much, but I've been thinking about it ever since I walked out of the bridal salon yesterday: the way we, as a society, live in such an "event culture" that we need to buy our gowns a year ahead of time, the way the signs were posted around the dressing rooms, warning women to consider that—gasp!—their bodies might change, or they might get pregnant, and they should really consider all of these things before buying a damn dress.
We're so obsessed with the image of one day, captured in a photo album, that we start to question our daily routines and how comfortable we are in our own skin. The fact that I ordered the dress a size up speaks more to my own fears and ED triggers than anything, but I was still annoyed that I'd been forced to feel a bit of anxiety over how my body would look in May.

So, my cocowonderblog addicts- have you ever had a similar experience? And if so, how do you get through the awkwardness of buying an item of clothing that you won't wear for months and months?

coco's note:
Naah! I don't Stress Myself That Much...
Posted by cocowondersblog.com on March 29, 2017