Authorities in China have tightened their grip on the country's churches by ordering that children are to be banned from joining religious groups. The ban also prohibits children from attending religious sermons and other activities in several provinces across the country. 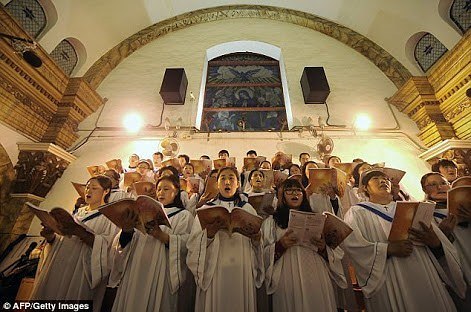 Control on the country's churches began several years ago when places of worship were ordered to remove crosses from their buildings in Zhejiang province Earlier this month, over one hundred churches in Wenzhou, China's Zhejiang province reportedly received a notice from government officials informing them that young people will be banned from entering churches, according to a report. Minors are also reportedly banned from participating in religious activities.

Members of the church were told not to participate in religious activities and churches were not allowed to organise a youth summer camp.


coco's note';
Thank You China!
Posted by cocowondersblog.com on September 03, 2017