Brexit leader Nigel Farage reacted to Wednesday's terror attack in London, saying it should highlight the importance of properly vetting immigrants and refugees. 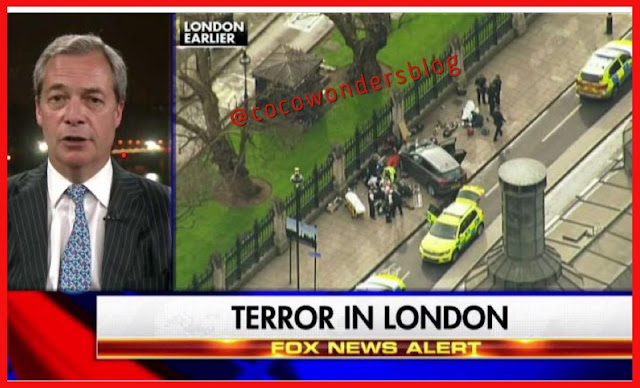 "We've made some terrible mistakes in this country," Farage said, referring to Great Britain.
He said the multiculturalism first championed by former Prime Minister Tony Blair led to divided communities.

Farage said Americans watching the events on Westminster Bridge should start realizing that when President Trump enacts stricter vetting measures, he is doing it to protect the homeland and not to be divisive.
"Protesters... need to have a long, hard think about what they are doing," he said, calling lax immigration policies an "open door inviting terrorism."
He said such measures as 'extreme vetting' are common-sense, and added that Britons are hoping to look for stronger guidance from their leaders.